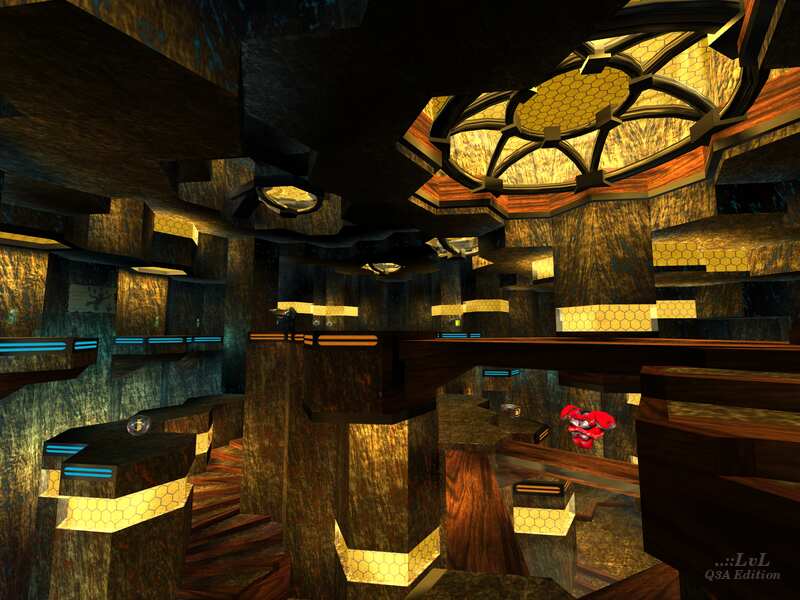 The Stolatene Mine is a map that was originally created for Sock and Nunuk's GeoComp2, a competition in which designers are limited in the use of textures, creating an emphasis on using level geometry to accentuate the map. It should be fairly obvious that the hexagon was haste's shape of choice for his entry, which immediately brings to mind Krash's Six Sided Figure map that was submitted to the same contest.

Besides the use of hexagons, the predominantly yellow color palette might remind one of a beehive or honeycomb, though the presence of contrasting blue lighting, spinning fans, and eerie ambient sounds also give off the impression of an alien spaceship from a cheesy science fiction movie. Of course, as the name of the map suggests, this is in fact a mine for a fictional substance called Stolatene; presumably referring to the somewhat luminescent blue ore that can be found embedded in the rocky exterior walls. The author did a splendid job crafting a map that is atmospheric, eye-catching, and even containing a bit of lore, all within the restrictions of GeoComp2.

The gameplay is as far from flat as you can possibly get, with numerous jump pads, elevators, winding staircases, and minor height variations on every floor. The layout is compact enough that you can easily strafe jump from one platform to another, and there is always some way to find cover in a firefight or to escape from an attacker due to the intricate and tight framework of corridors the player can retreat to. Naturally, this map favors close-range combat with the SG and RL being the weapons of choice. I wish the PG was here too, but oh well. Players will want to be careful on the lower floors as there are some death pits, though whoever has worked here has at least had the courtesy of placing some warning signs above them. Props for the bare minimum OSHA compliance.

The most interesting feature of this map is the pair of one-sided forcefields above the center jump pad, with a RA floating in between them. The player can walk on top of these forcefields, but will pass through them underneath, meaning the player can use the center jump pad to phase right through them while possibly grabbing a RA in the process, all while landing on their feet on the top forcefield. In both directions, weapon fire is allowed to pass through.

The Stolatene Mine has only one armor - the Red Armor, which can be a little dominating in tourney, but there are also bits and pieces of health and armor strewn around the map's perimeter for another player to gather resources, and thanks to the multitude of off-beat paths, jump pads and elevators present, a resourceful and tactical player can use the environment to their advantage.

A fun and frantic small map with a cool style and interesting gameplay. 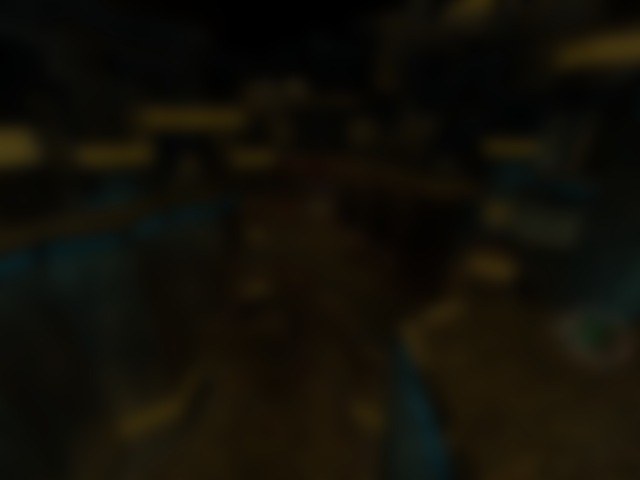