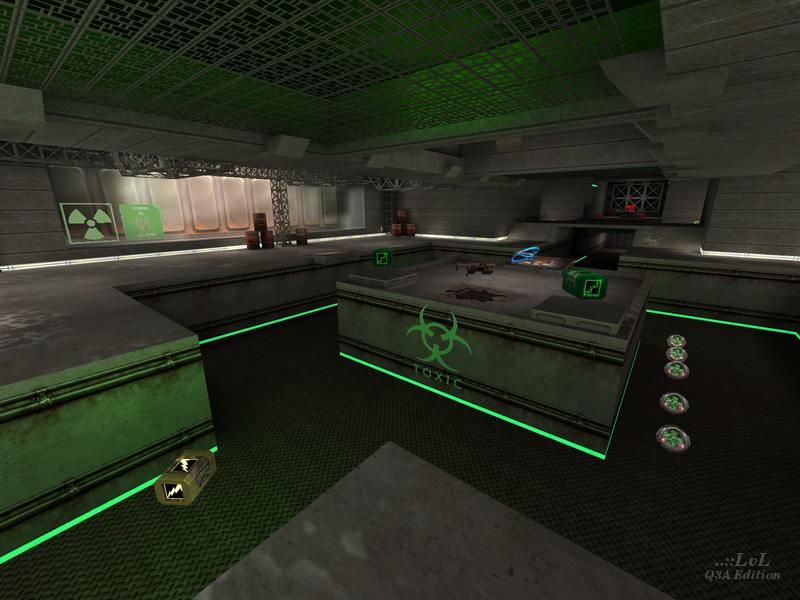 toxicmetal is a small map in the shape of the letter "I" (in the Times New Roman Font). According to the readme this building houses Uranium to kill "viruses", and the trench inflicts periodic damage. There is a floating platform that contains some boxes on it that floats around the map, though in my opinion it is not very useful because it moves slow and moves into the trench.

Though I liked the architecture, for some reason it felt more like a train subway rather than a Uranium processing plant. I liked the crates moving on a conveyor belt, as that reminded me of Looking for Free Doom by DaEngineer as well as some Quake 2 maps.

The way the "toxic" trench works is interesting because for some reason the trench containing the hurt trigger only seems to apply to one player at a time. Bots have a strong tendency to end up in the trench, and when trying the map out I found out that I could enter the trench without getting hurt so long as another bot was in there. On top of that once bots enter the trench they don't leave. When bots are paired with each other in Tournament games, the bots not in the trench will sometimes stand still while the other bots kills themselves in the trench. If this weren't a AI bug, I would consider this to be a genius strategy on the part of the bot not in the trench.

Not a perfect map, but I liked the ideas implemented. More work could possibly have ironed out a few issues. 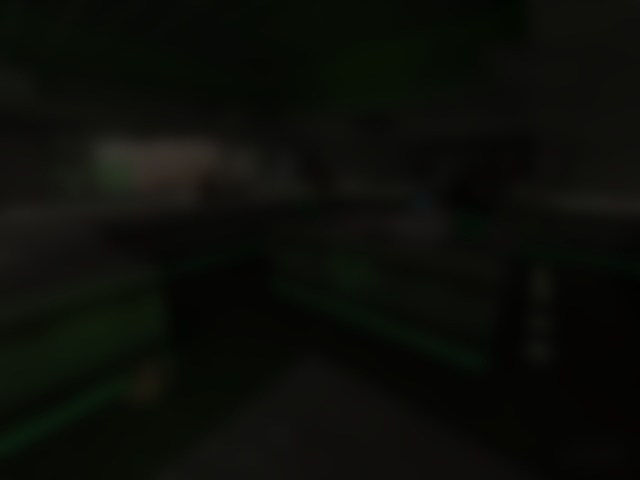