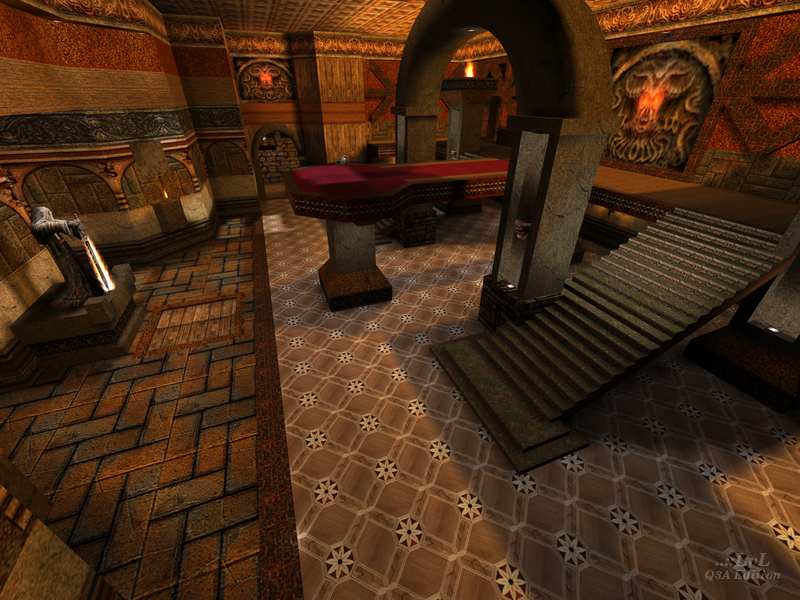 If there is anything I thought when I played Demonhouse, it is that I could have sworn I was playing a level that was a conversion of a custom map for Quake 1. Some textures were so grainy and in such low resolution (particularly the outdoor grass) and their seams were showing.

I'm not sure what climate this map is supposed to take place in. There is a sound effect where you hear seagulls, yet the sky is the brown toxicsky, the outdoor light gives a dusk-kind of vibe, and the grass looks partly dormant. The grass texture being of poor quality does not help.

Bots do not seem to bother pushing the button to activate the quad damage lift, which is a trap - the trick is to jump over the lift to get the quad. Sometimes bots would get stuck on the dual doors which do not open simultaneously. I do not know whether or not that was intentional, but in spectator mode bots on hardcore difficulty would go to each door to open them leaving them open to attack.

On a brighter note I did like the general feel of the map for what the author was going for. The library powerup and broken door were nice touches. The tunnel outside gives some organic feel to a mostly brick and stone map. Items seem well-placed, though the invisibility and quad are a bit close to each other.

An alright map with some issues to iron out. Do not know why this was not uploaded to the site back in 2003. 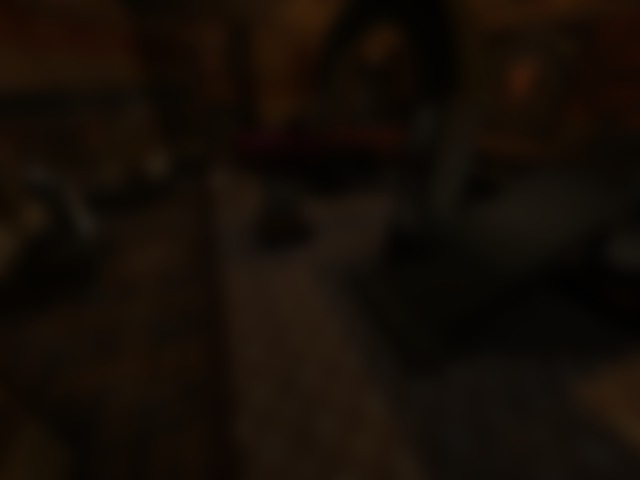