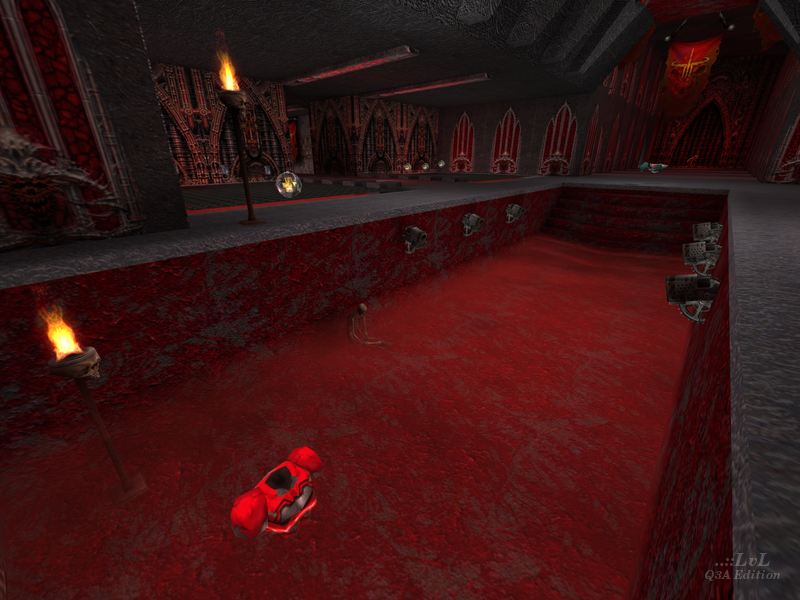 This review is brought to you by the color red, because there's a lot of it. A very red gothic-style map is what we have here. It is very visually nice, and nothing seems out-of-place with some good texturing choices. The lighting is a little dim in a few places, but nothing too major. The author described it as a "strange dungeon hidden in the deep darkness", and the visuals support this idea. The map is not completely silent with some ambient noise giving your ears something to do, but it is not much.

The gameplay is not quite as good as the visuals. The map consists of one large room shaped like a T with two very small rooms branching off the sides of the top of the T with one of them containing the RL and the Medkit, and the other containing the SG and the Personal Teleporter (PT). In both of these rooms, the Medkit and the PT are on small circular platforms which must be jumped to across a death fog. As soon as the platform is landed on it will begin to retract into the fog so you must be quick. Each weapon in these rooms comes with two armor pickups for it.

In between those two rooms back inside the T is a ramp going down and leading to the Red Armour. The sides of the ramp are lined with grenade launcher traps which fire off their payloads when the Red Armour is picked up. At the top of the ramp lies the LG.

The rest of the T is a long hall which leads to where the Regeneration will spawn. Rockets will be fired out of the ceiling when the Regeneration is picked up. Near the base of the T to one side is a teleporter which takes you to a room where the RG and the Quad can be found. Surprisingly, there are no traps in here.

Opposite the teleporter is what is effectively an "ammo room". This room contains the PG, and the GL - right next to each other! And plenty of various ammo pickups. There is a bounce pad up to the Mega Health, more ammo, and a button which will effectively trap you in the room for a short period of time. It cannot be shot so I'm not sure how this can be used effectively without the PT.

There is a hidden room which contains the Invisibility powerup. Shooting the correct red window will open the access. This room also contains a trap for those that linger too long.

The LG tends to dominate the map and most of the action is near the LG. Bots play okay but tend to get stuck in the Quad room for some reason and do not go for the Medkit or the PT. I encountered a bug as a spectator in the Medkit room where it is possible to get outside the map.

The map was intended for FFA but I cannot imagine for more than 3 or 4 players. It would work well for Tourney. The readme states that the map was made in 8 hours and for an 8 hour build it is not too bad. Disregarding the build time it is nice to look at, but nothing more.

Take a look, but be on your way. 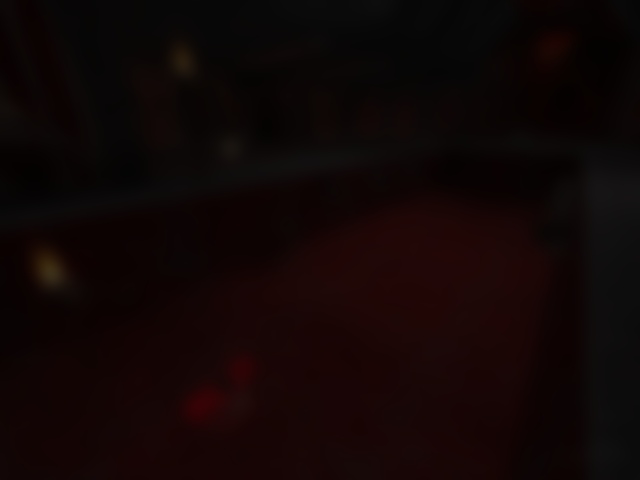