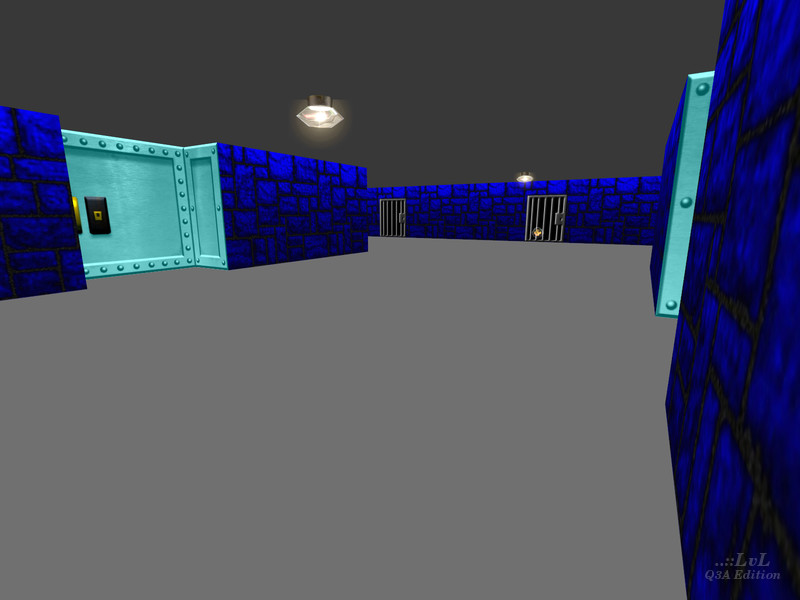 If you knows the game Wolfenstein 3D, there is no need to read further, because this is essentially what the map looks like and feels like.

Castle Wolfenstein is a recreation of first level of Wolfenstein 3D, completely with all textures and models. Closest approximation of contained items are included (health, ammo, weapons), and of course few Nazis to shoot. It even includes all 6 secrets.

This map is a must have for anyone who loves old MS-DOS games, including DooM and Wolfenstein 3D.

What would be better than a map that would help them reminisce Wolfenstein 3d? A Wolf3d map that they can play in EntityPlus for a mission/single player experience!

There are 2 types of enemies; Nazi Guards armed with machineguns (which look like Sturmabteilung), and German Shepherds armed with gauntlets. I'm not sure if a machinegun was better fitting for the guards than the shotgun, as the shotgun is the starter weapon that is supposed to resemble the Luger pistol as Quake 3 does not have a pistol weapon. Some may argue that the railgun would have made for a better pistol given the revolver pistol model that exists for the railgun. I think the machinegun should have been reserved for a Schutzstaffel enemy if Eraser plans to make more Wolfenstein 3D maps for EntityPlus.

The Guards use Grunt's model as their base, which is why I don't think it looks very good. What I'm guessing is supposed to be his helmet looks like a head bandage, and putting Hitler's toothbrush moustache on them is rather ill-fitting as none of the guards from Wolf3d had them; just Hitler and the Fake Hitlers. Personally I think Ranger would have been a better model to make a guard skin out of.

The German Shepherds would have been fine, but I think should have been on all fours like a dog and not on two legs like werewolves. This is possible to do; just look at the Lonewolf model (even more specifically, the skin K9).

The AI fights competently, but sometimes they will get stuck at doors or corners of walls where they become easier to pick off. The fact that they can not open doors is also exploitable.

I was impressed with the treasure items, though I wonder whether they are items or just parts of the map that function to disappear and give the player points. I personally thought that the Large Health in the end secret should be a Mega Health to better resemble a Extra Life sphere the original game had.

An inspiring addition to EntityPlus that I hope would encourage anyone planning to make a single player Quake 3 map to use the mod to do so.

Tigs notes: A Nazi Free Edition (NFE) is available from ..::LvL and from Eraser's site. The NFE version removes all Nazi symbolism. 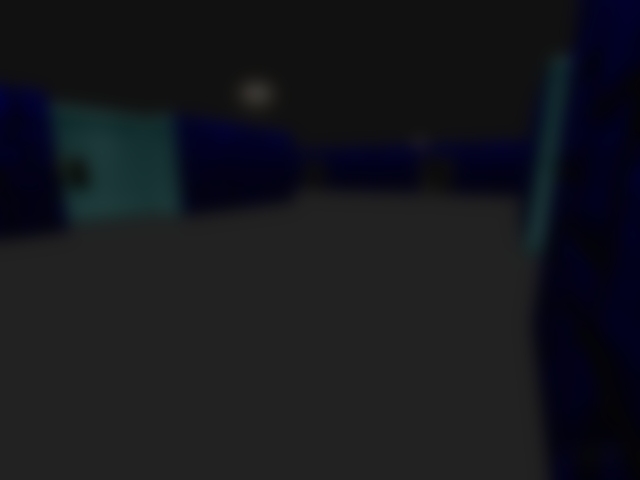