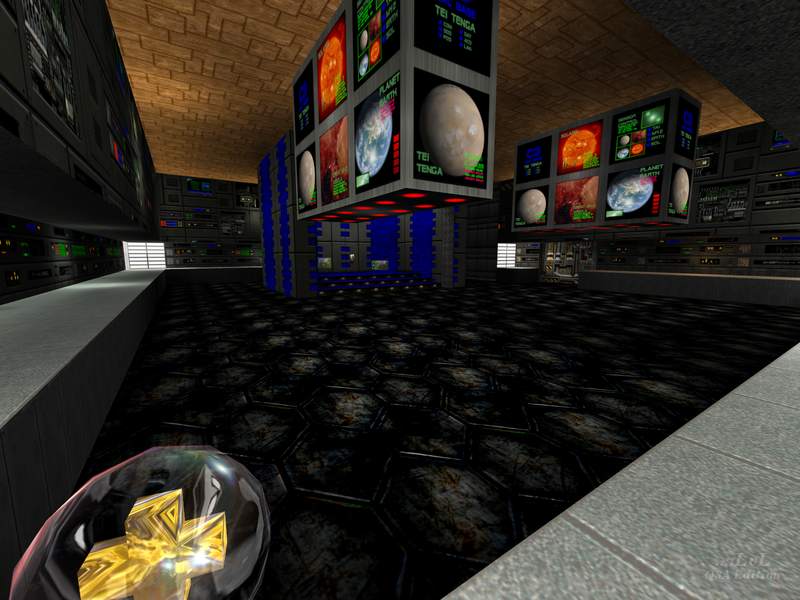 A remake of the classic E1M1: Hangar from DooM, and anyone who might have seen Tabun's remake of Doom 2's MAP01 may find this as something similar.

Geometrically, this is pretty faithful to John Romero's beloved intro level to DooM, with textures and proportions matching well with the original map. However, the map lacks the lighting that Romero implemented way back in 1993, so what you will see here is mostly dark and as a result, the geometric recreation loses a bit of its flair.

For gameplay, while the maps author has attempted to make some minor but noticeable twists, such as replacing the iconic green armor location with Mega Health/Mega Armor and having the exit switch teleport you back to the start of the map, Doom maps just don't play well because of how Quake 3 works. Whereas your running speed in Doom makes moving around the small Hangar fun and frantic, in Quake 3 you won't really get the same excitement unless you try to strafejump, and even then your head will find itself touching the ceiling or upper walls so often that there's not much speed here as it is.

Rooms are tight and the most open space you will get is from the outdoor area. Despite some added doors, they still do not really address the core problem of the map not translating well with Quake 3's gameplay. The updated version allows jumping through windows - 5th Jan, 2019.

The bots play decently. They can navigate the map and they do not stick to one or two areas frequently, though they can get stuck at the secret lift where you can pick up Armor Shards, much like picking up Armor Bonuses in the original Hangar. They can also find themselves standing on the acid for a brief moment at times, but eventually they do get out of them. Item placement is decent and what they differ from the original map are not too bad either.

Overall, this is not a terrible map per se, but it just feels underwhelming to play and the remake is not all on point like with Tabun's MAP01. It might be fun to go through a nostalgia trip, but honestly, I would suggest playing this from the game it originated from instead.

Update: The download has been updated to version 1.8. Changes include a slightly brighter overall visual and you can now jump through windows - 5th Jan, 2019 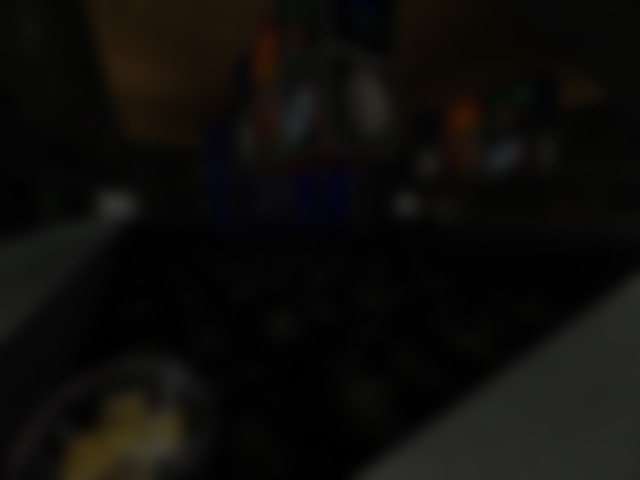