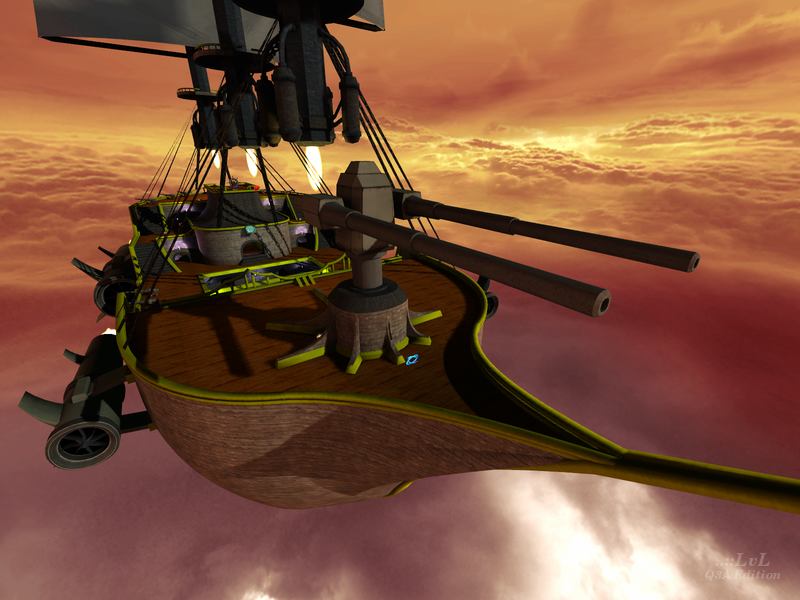 The author suggests 5 to 8 players for cool gameplay. I found it fine with 3 to 4 bots. Older computers may find the level a little laggy due to the complex brush work and very open environment. Bots played well and will even follow you to a MegaHealth at tip of the bowsprit.

The sun is a bit bright and distracting at times. The ship deck is a wide, too wide for clean fighting. Weapons and ammo seemed evenly distributed, not an over abundance. One minor annoyance was below deck. There are boxes and barrels. Boxes are solid as you would expect but you walk right through the barrels. I wanted to jump on and over boxes using the barrels and this did seem like something you should be able to do. There are a few very dark spots in the lower decks.

The outside propulsion units for the ship are huge and curiosity got to me. I tried to jump on to them only to fall through like the barrels, to my death. Behind the Captains Quarters you can find a couple of cool jump pads. The teleport to the Crows Nest is nice. The MegaHealth seems to appears in 3 spots: tip of bowsprit, Captain's Quarters, and middle of beam on the upper deck.

Gameplay was fun and bots played well. A nice feature is that OpenArena is supported. As DM-KGalleon is one of my favourite Unreal Tournament maps, looks like I may have a similar one for Quake 3 now. If only there are pirate models/skins out there.

One of the few pirate ship themed maps on ..::LvL. If that is not enough for you to start you download, keep reading.

The map is medium-sized but has definitely been designed for larger free-for-alls. The items would be hard to control in a Tournament game given how many there are and the item placement does not change in the Tournament game mode. The item respawn times are custom-set so that the variety of powerups the map offers are not all available at the same time. The MegaHealth even has three different spawn locations!

There are even more items if you play the OpenArena version of the map. This adds some of the Team Arena weapons and powerups. It also gives the option to play on some of the OpenArena game modes. The domination mode was fun, but only with a large group of friends. Five flags is a lot to control on this map.

The map's artistic style is not out-of-this-world gorgeous, but it does its job. And the bots play fine.

The main issues I have with this map are its polish and poorly implemented gimmicks. There are a pair of elevators in a hallway that blend in with the ground too much. I only discovered them accidentally by walking close to the edge of the hall. And there are Nails on the OpenArena version of the map, but nobody was able to find the Nailgun itself. These are fairly nitpicky gripes, but there is more.

If you walk off of the Crow's Nest, you get teleported to one of four locations on the map depending on which direction you walked off... sometimes. I walked off several times only to fall back down to the ship below instead of teleporting. The teleporter that leads to the Crow's Nest exits right in front of the ledge, so you have to immediately stop moving as soon as you teleport, or you will get teleported again.

There is a pair of twin jump pads that jump you off the map and then curve you back on. But again, this was inconsistent. It would sometimes curve me to a different location or just toss me off the map entirely. If the jump pads were supposed to do that, I say that's a really bad game mechanic.

This map is fun when you have a lot of people flinging lead at each other for a few rounds, but it falls apart if you want something more serious or competitive. If you are drunk enough, you might even find the suicide jump pads hilarious. It serves a purpose, but it isn't for everyone.

Tigs notes: After another ship flying in the sky? Have a look at Skylancer by Priv. 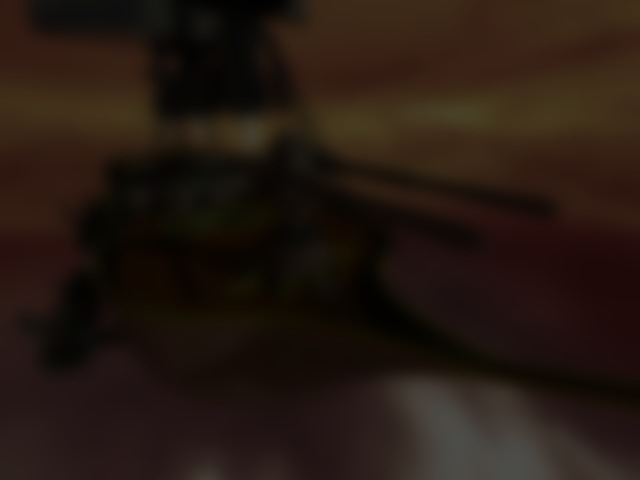