An interesting release from Gooball who has a somewhat checked number of Quake 3 levels. A large number of features and textures from the original Quake 3 levels can identified while navigating the open spaces of Final Inspiration.

Visually, the level comes across a little chaotic, a little bright in parts and little confused. It is like Gooball has taken inspiration from Deva Station (q3dm11) and The Dredwerkz (q3dm12), but the flow from one texture set to the next is not as smooth.

As always, game play is king. The layout is a really a square doughnut, with one large central, open room. A corridor of rooms connects the central atrium in the layout. An effort has been made to fan out the game play to the entire level, but it always comes back to the atrium with a column reminiscent from The Proving Grounds (q3tourney2). The lack of the Railgun makes the openness way more interesting. Taking out a competitor from a distance with a Rocket Launcher is always very satisfying.

The Rocket Launcher is positioned on a ledge in the main room which requires a teleport or Rocket Jump to reach. If the small wall mounted lights below the Rocket Launcher were solid, you could have jumped to one, then jumped again up to the ledge. This would have made things interesting.

Bots will move through the level including the water without any noticed issue, but make for easy pickings in the central room once you identify their routes.

Definitely the most finished and polished release from Gooball to date.

Update: The current download has a few tweaks over the original release. A texture correction and minor changes to some lights. (31st Aug, 2018) 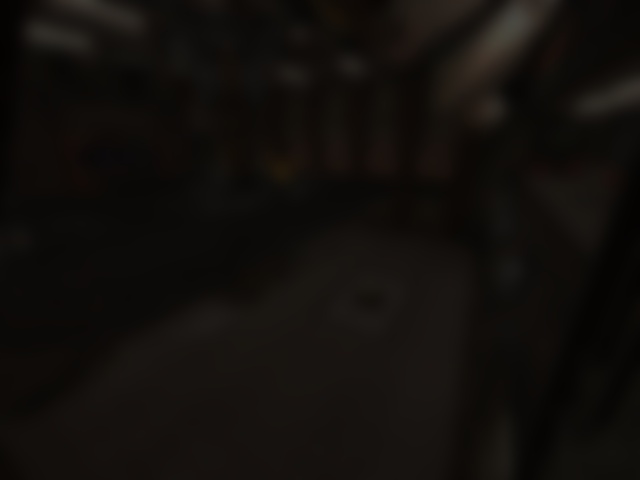