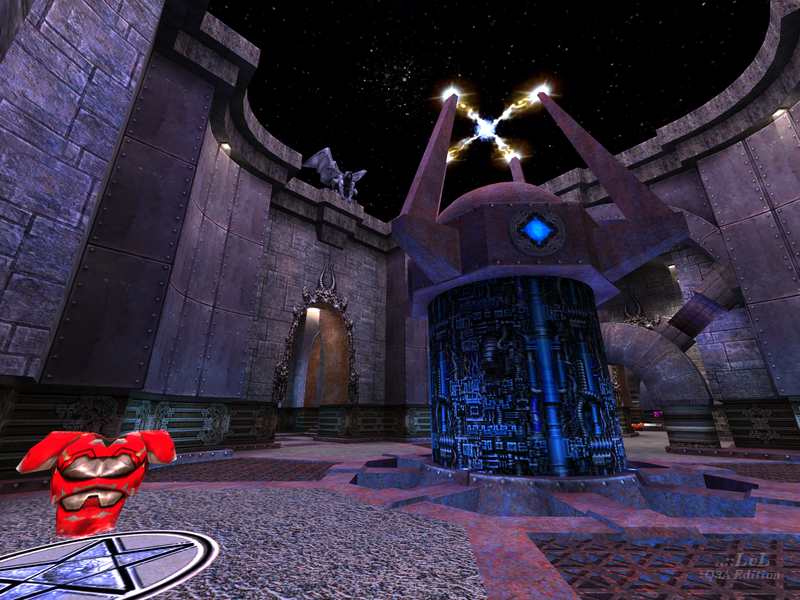 Somebody in the LEM forums at Quake3World.com was curious about making a CTF version of Powerstation 0218 (q3tourney1) and sst13 just jumped on in and actually did the conversion for him.

This is a CTF map and the main goal of the whole project and based on the FFA conversion map Powerstation - Extended, which is an extended version of Powerstation 0218 (q3tourney1) from the original game.

All visuals are pretty much the same. Keeping the Gothic theme of the original map with slightly brighter lighting. sst13 made some modifications to original textures including CTF versions. There is even blue lava. He also made a new statue model - Sarge. Probably a tribute to original map's default bot.

Layout has the same base as the conversion. The teleporter is missing and entire map was doubled and rotated around to create bases. The Powerup is now missing as the statue room was made into bases holding flags where the Powerup is in the FFA version.

The Plasmagun room is then made into middle section and center of the map. Megahealth is missing, which is pretty much a failure in such large map. For those who are not familiar with the FFA layout, I'll describe its layout corresponding to this CTF conversion.

Layout has most of the original Powerstation 0218 as a base. Some changes were made to this original layout, mainly touches with item placement. The statue room now holds the CTF flag. Power distribution pipes room contains Plasmagun and is the main connection between bases. Power generator guards Red Armor for each base.

One end connects the two bases as a secondary navigation between the flags for alternative capture paths. The other goes down stairs to the original path to power generator RA room, which has a new third path to the Railgun above the original path on the opposite direction in each base. That leads to high-end platform through the alternative connection between bases.

As the map is symmetrical there are two alternative connection paths, both identical. The lack of Megahealth from the original makes the gameplay much harder and players are literally thriving for a flag capture. Can not imagine how it would play with the Megahealth kept however.

For gameplay, I would say that bots are clever enough to route entire map and grab every available item. This is where the intelligence of the bots pretty much ends. They do frags like normal, ordinary novice players. CTF is very pleasant, though without the Megahealth pretty much harder.

I must agree with players load determined by sst13. The map is larger, but not enough to hold more players than 6. This map is not recommended for FFA, TDM and especially Tournament gameplay as the map is too large for just 2 players. For a CTF, the map scale is great. Very neat and outstanding conversion. Grab it. 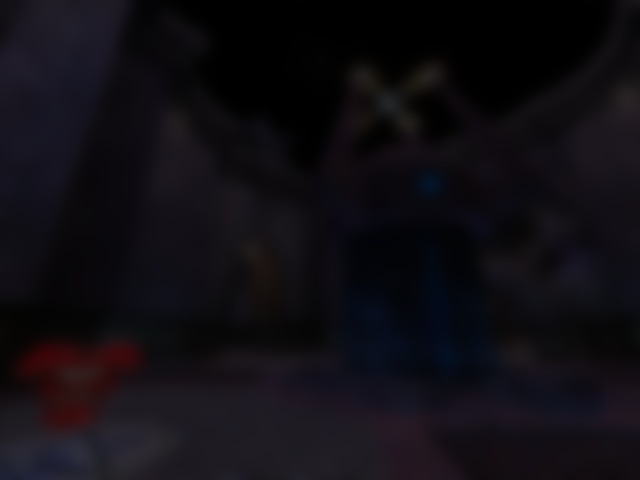