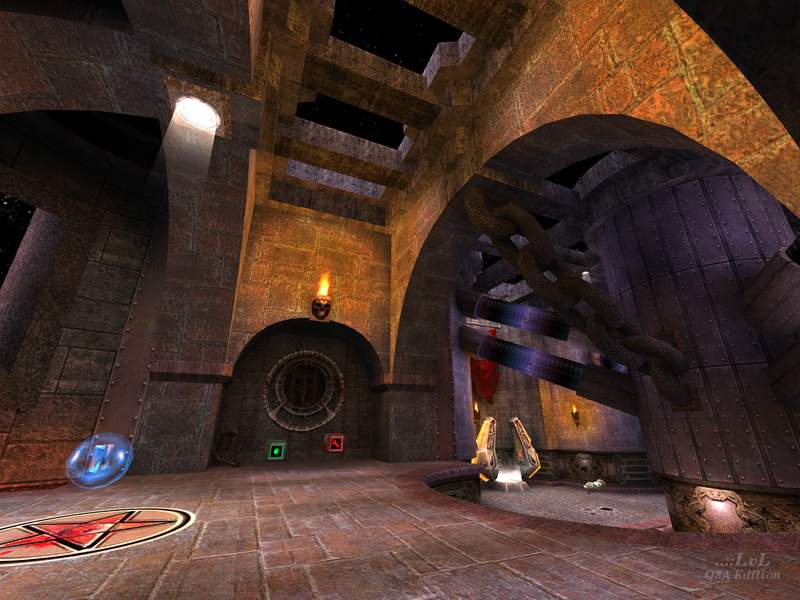 Somebody in the LEM forums at Quake3World.com was curious about making Powerstation 0218 (q3tourney1) CTF and sst13 just jumped on in and actually did the conversion for him. This is, however, a Deathmatch map. The CTF conversion is also available.

Powerstation - Extended - as the map name states is an extended version of Powerstation 0218 (q3tourney1), originally by id Software and the first tourney map in tier mode of Q3A. All visuals are pretty much the same, keeping the Gothic theme of original map with slightly brighter lighting. sst13 made some modifications to original textures and made a new statue model - Sarge. Probably a tribute to original map's default bot.

Some changes were made to this original layout, mainly touches with item placement. The Statue room now holds teamed powerup: Regeneration with Quad Damage. The power distribution pipe room contains a Plasmagun and a teleporter, unlike the original which is home to only a Rocketlauncher. Power generator guards Red Armor.

That leads to a terminated high-end platform with a Megahealth just above the Plasmagun in the power distribution room. Teleporter next to the Plasmagun points right to the Megahealth.

The changes sound complex but it all really flows once you start to play.

Rocket Launcher and Plasmagun allow for simple trick-jumping for quicker navigation. Rocket boosts can get you quickly to the higher platform to new paths as well as a well placed Plasma jump. Rocket jumps are not recommended in this kind of map as there is no high elevation in the map and camping is not possible as sst13 implemented pretty neat anti-camp hurting feature to possible camping spots in highest places (power generator and distribution pipes).

For gameplay, I would say the bots are clever enough to route the entire map and grab every available item. This is where intelligence of bots pretty much ends. They do frags like a normal ordinary novice player.

Deathmatch is very hectic and enjoyable. Tourney is somewhat tense due to size of the map you spend most of time gearing up and watching for corridors. Fights are over in a matter of seconds. Team Deathmatch is like FFA, just quicker due to teamed scoring. However, bots are pretty much dumb. I saw Grunt blow himself up in Tourney, so I recommend finding human players instead.

I must agree with players load determined by sst13. The map is larger, but not enough to hold more players than 4. A very neat and outstanding conversion. Grab it. 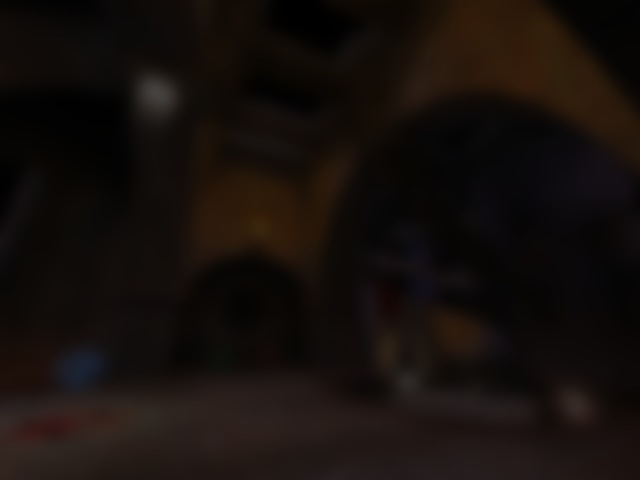