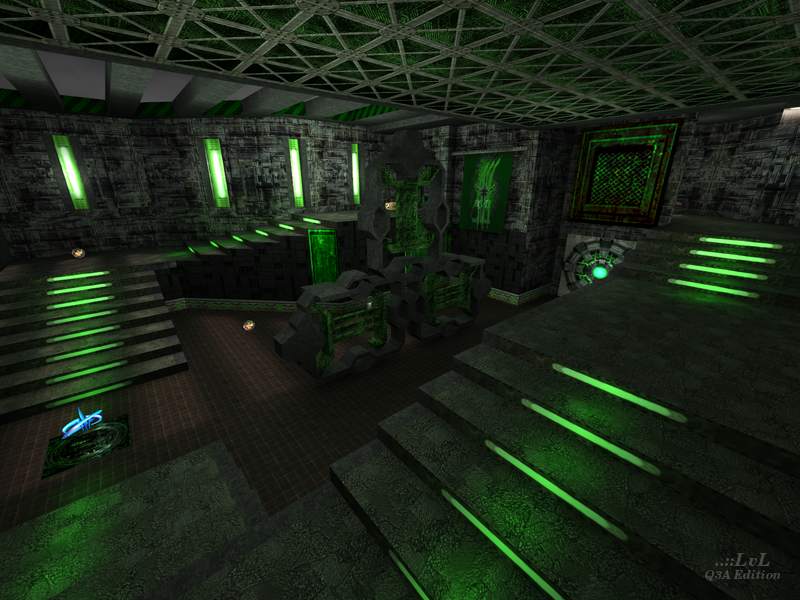 PowerStroke is an alien-themed map by AKUTA, who is also the author of Military Complex. Visually you are in for more of the same here - only this time in dark grey and green. A network of pipes features prominently once again only this time they are transporting green slime. Perimeter walkways feature heavily and the quad makes an appearance again. The item spread remains the same for both tourney and deathmatch modes.

The main difference between this and AKUTA's later release is in the item placement and scaling. In this release weapons are available at the bottom of the map and there are also boxes and honeycomb structures offering coverage down below. For those at the top of the map these structures are also useful for quickly crossing a room. This makes for a far better tourney than Military Complex and the gameplay here is fast and furious; you will rack up a few telefrags in deathmatch. Compared to Military Complex, it suffers in the looks department.

An arena file (for menu loading) is included and bots play the map well enough. There are no real construction flaws but I personally would leave the quad damage out of tourney altogether, include another weapon and perhaps shuffle some of the weapons and health about a bit.

If you liked Military Complex you will probably like this, if you did not, you should find this release more enjoyable to play on.

Both maps are in rotation on the AKUTA servers. If you'd like to check them out for yourself, you can go to: akuta.proboards.com 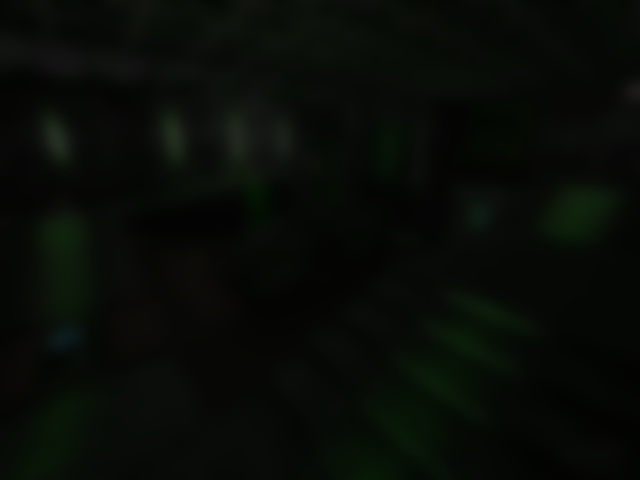