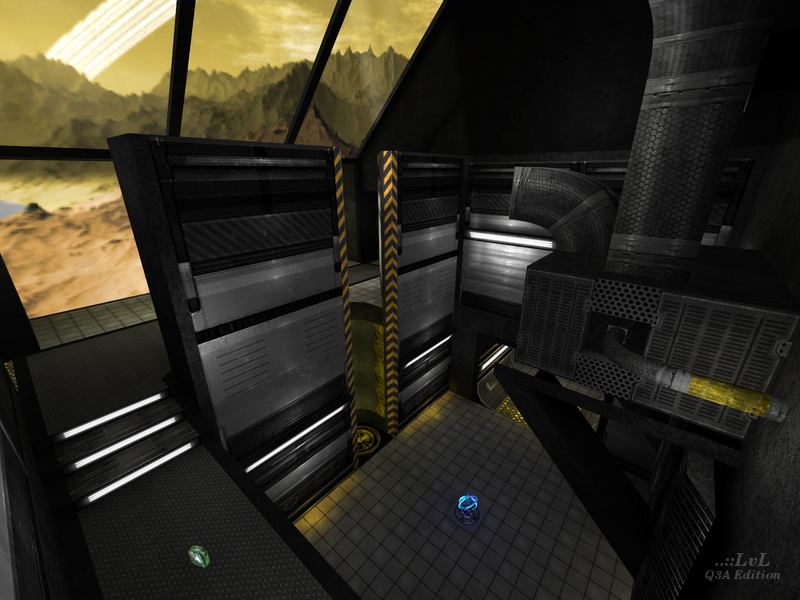 The first thing I noticed upon entering this map was just how exposed and roomy the individual areas are and how large the map is as a whole. The second thing I noticed was how long it took to stock up on all the weapons.

Military Complex is an industrial-themed complex that is also visually monochromatic - there is a whole lot of grey going on with some yellow accents to spice things up. This is due in large part to the use of some grey textures by nunuk, evillair's evil6 and the other texture sets making it difficult to see players at times. There is a network of pipes running yellow refrigerant fluid throughout the cooling system, essential for this environment's primary function as a weapons manufacturing plant.

While there are fans featured throughout the map and a ventilation unit (which also serves as a nifty camping spot) there is little architecturally speaking, to break things up. The teleporters are a nice touch as is the conveyor of BFGs but I would like to have seen this theme incorporated more decisively into the overall level design. This would give the map some more visual interest and more architectural detail to play with.

As a tourney map it suffers from poor design and item placement. As already noted this map is fairly roomy for a tourney and could have been scaled down in places. All the weapons and armour are located on the upper levels and you will find only ammo clips and a 50 health on the lowest levels - a real disincentive for remaining down there for too long. There is a quad which is a no-no for any tourney but this might justify the absence of weapons here. Nothing really prohibits its inclusion though, except for the gameplay. Most of the teleporters will spawn you to the top of the area you are in with a couple taking you to different areas on the map. Other than that, connection is mainly via a series of corridors and a catwalk above the upper level.

The author seems particularly fond of including areas that features a series of steps and walkways spiralling around the perimeter. They take a long time to traverse, are hazardous in combat and players will find themselves avoiding these routes at all cost.

I was left feeling that this map was really designed with deathmatch in mind, and its inclusion as a tourney map was only something of an afterthought. While technically there are no real issues, and both bot support, and arena file (for menu loading) are included - as a tourney it just doesn't work; as a deathmatch it fairs a little better - its size and the inclusion of quad are no longer an issue here. But there still remains the issue of the layout and the item placement. There is no change to these in either mode. A competent effort.

Both Military Complex, and PowerStroke, are in rotation on the AKUTA servers. If you'd like to check them out for yourself, you can go to: akuta.proboards.com

Patch file: BOCKWURST has noticed and corrected a shader clash when you have this release and Deep Purple (akutatourney6) installed at the same time. Grab the patch file to fix the error. 12th July, 2022 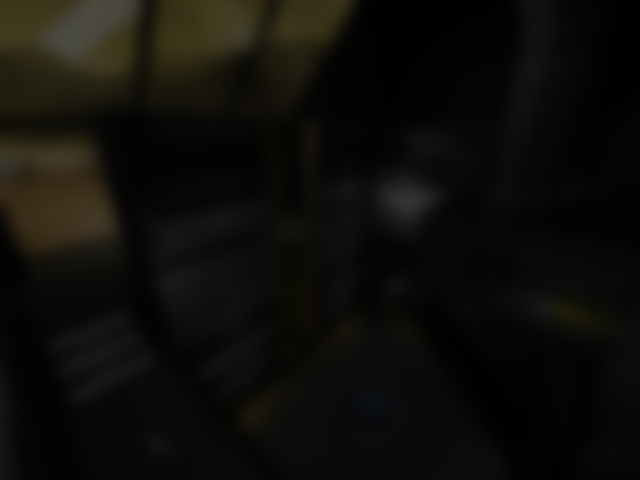