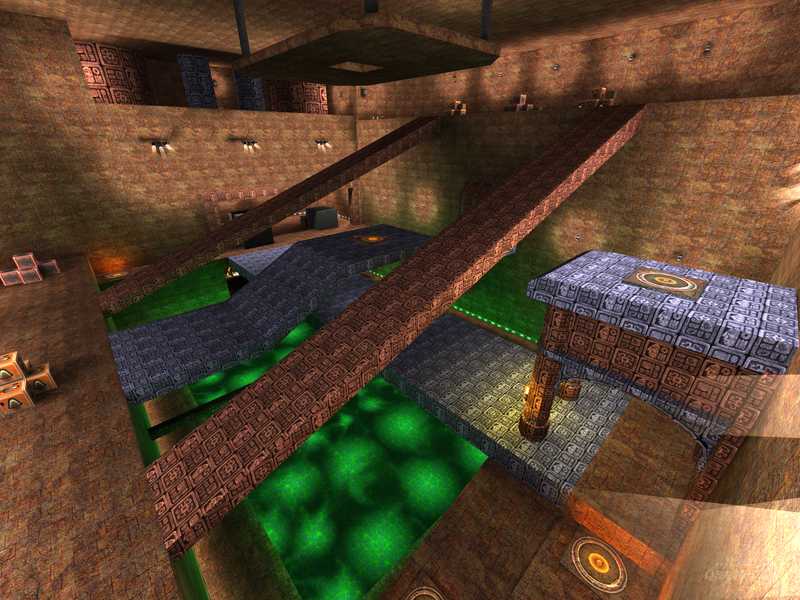 There's not really too much to be said here. This map was originally released in 2003 and is one of those humongous maps that gained popularity at LAN parties in Quake 3 Arena's heydays. Because of this, it is pretty simple and uniform in its texturing. These enormous maps also never really worked. They were all or nothing in terms of gameplay: too few players and you have to go looking for a fight, too many and it becomes a bloodbath. They were really there for a bit of a laugh.

Bots do what bots do on these maps: for the most part they will just stand there until you engage them in a fight. They are also prone to hugging the walls and falling into the slime in the main area. Weapons will be found with a huge supply of ammo close by and if you spawn in an area without any weapons at all it will be down to the machine gun and the gauntlet to keep you alive. All of the weapons are to be found here - even the grappling hook! - which you are going to need for a map of this size. The BFG is in a hard to reach place and if you are so inclined, there is a secret to be uncovered.

This arena would have benefited from an even spread of items across the map, some extra health, some extra grappling hooks, and a battlesuit, but it was really intended for large player loads on rocket arena and clan arena servers. That being said, Hot[DOG] has released other huge LAN maps that I think were a lot more fun to play on. It would be great to hear from people who played on this map in the comments section.

Tigs note: I did not need to do this but HelterSkeleton states you may need to rename the arena file to have the map load in the menu. You can also load the map from the console with \map dm-dogmeat-dt then add a heap of bots. 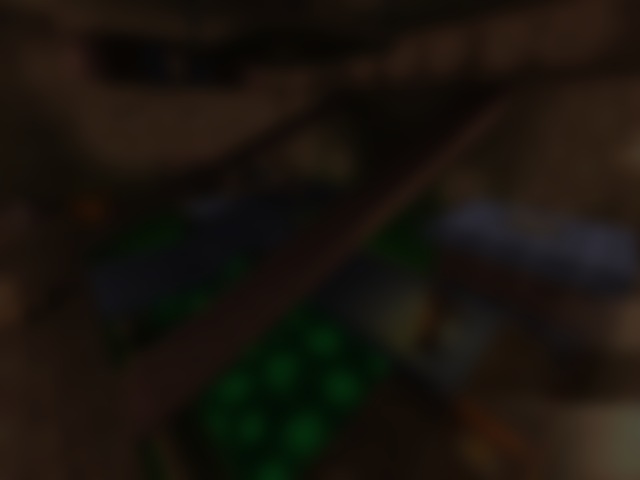