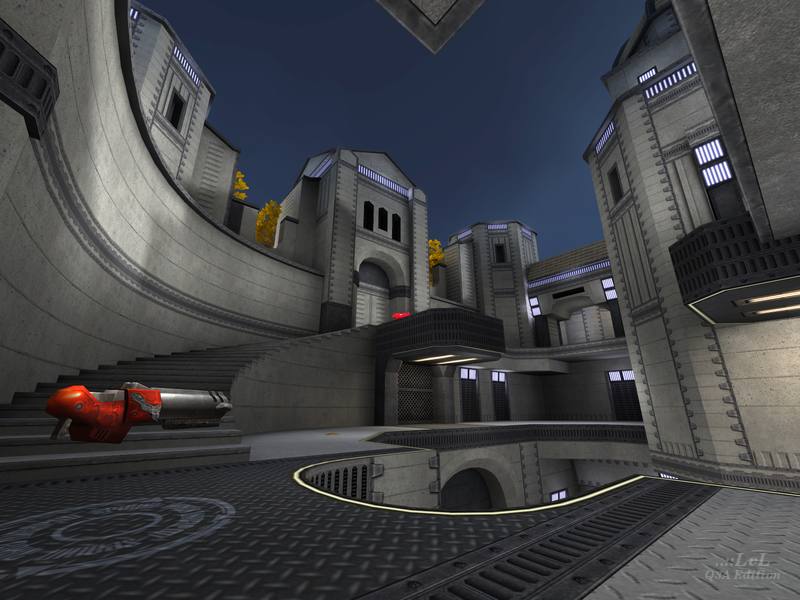 Pat Howard's talent has again produced an excellent map! Goldleaf is a visually combination of futuristic tech and Ancient Rome elements including the Roman number showing year of Quake 3 release - 1999. Using Evil Lair's evil8 texture set with some custom assets, like the fallen leaf decals or the year typed with Roman numbers, makes for a special atmosphere of the map.

Item placement is something Pat takes care on, he has also author of some guidelines for basic gameplay - so he basically has to place items conventionally to the rules he declared. If you take Red Armor, it is placed on highest level, but at a still vulnerable location. Megahealth is sitting downstairs separated off the RA by a bunch of walls. Right next door there is a teleporter with Yellow Armor that takes you a level up in the same place. Layout itself is good, making easy strafe jumps and rocket jumps. There is a Battlesuit a level up above the Megahealth, this will provide some protection to the player for 30 seconds.

Bot play is nice, smooth, no FPS drops were logged. They are a bit tough to beat, routing every area of the map.

If you are familiar with Ancient Rome style or futuristic tech, you will love this map. 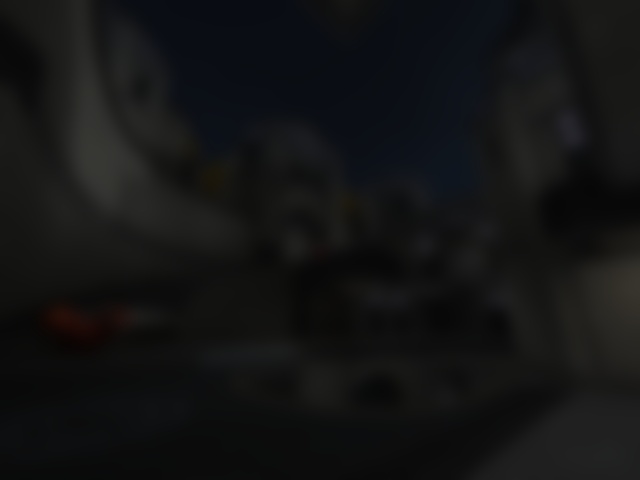