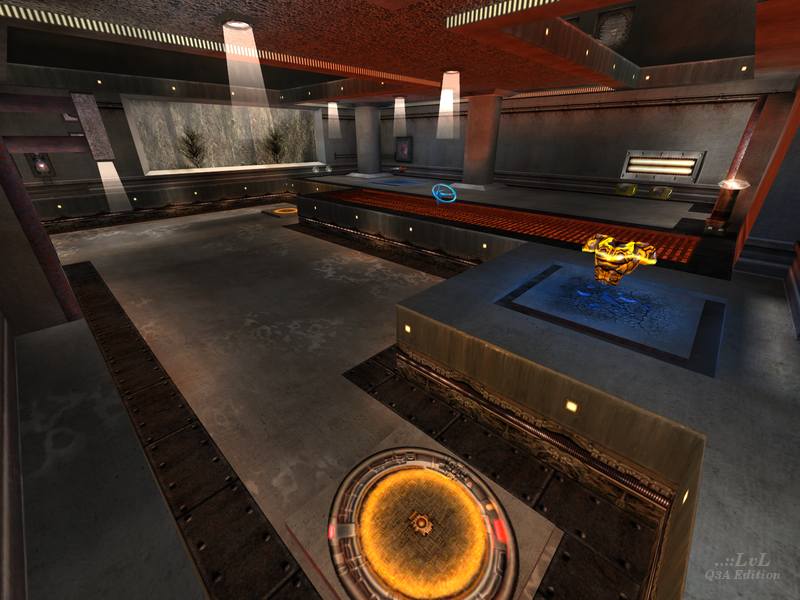 At start-up this map looks good.
OK, there is a missing texture...
Ah, there is no bot-file.
But it has a nice tech atmosphere.

The mapper, r3x.theCat shows an eye for detail, the theme spreads through the whole map and it all looks very finished. There is a good choice of textures and nice brush work. Well done.

To review the map I created my own .aas (adding -forcesidesvisible to the compile and it will work). Playing with bots I noticed that the trajectory of the jumppads is not well executed. Bots fall just short to reach the upper level of the map. This means you have to perform an air-move to reach the upper level. Besides that the bots move around quite well.

The connectivity between the different sections is good. There is a nice gameflow. Weapon placement is good for ffa. You will have no problem finding a weapon.

The Railgun can be a bit dominant because it is easy to grab and the map has some open spaces which can lead to camping with the Railgun from the upper level.

The missing texture, the lack of a bot file (see below) and the jumppad trajectory made me a bit suspicious about the map. When you check the tris, you will notice the whole map is drawn at once, which is not good... Perhaps there was a problem with a leak, although I do not think it was solved with the 'classic' box around the map. A bit of hinting could possibly reduce the drawing of the whole map.

I also checked the missing texture which comes from the shader bal3scrap, which is also missing. Looking into the scripts folder, I noticed the shader file names. One is called liquids_lava.shader in this file there are the shaders for this map but there are also liquid and lava shaders from id Software. This can lead to confusion or even shader conflicts in your baseq3 and should be avoided. Map authors should create there own shader file (eg. mapname.shader) with only the shaders for that map in it. And use the proper structure for textures (eg. textures/mapname/texture.tga)

Missing textures and a bot file? Mapsking has sent in a small patch file that will correct these missing items. 31st May, 2020 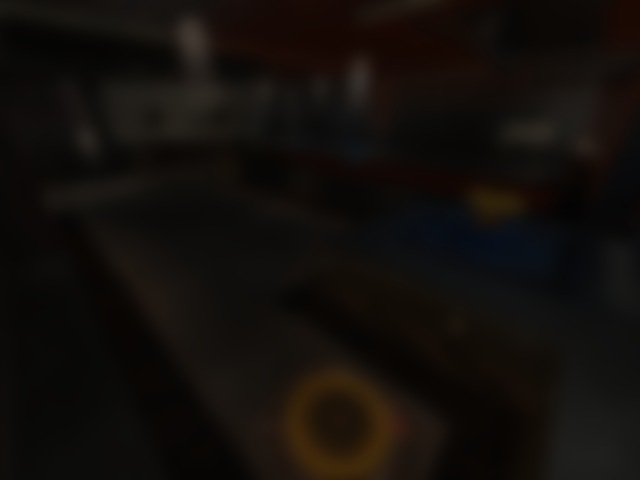