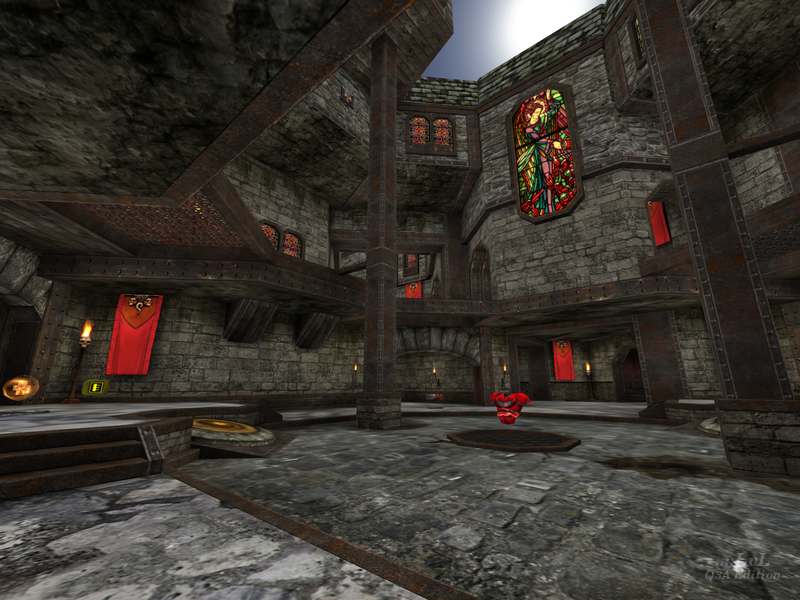 Ironwood is a small, Medieval themed CTF map that has been nicely textured. With more than six players the gameplay is very chaotic. It is recommended that you play only with the suggested amount.

From the readme, this map's theme is a medieval castle in the mountains in early spring. Pat Howard did this well with the snowy mountain background, although I thought theme could have been pushed further with melting piles of snow throughout the map and puddles of water.

The team banners have had the Quake III and Strogg symbols removed from them. My guess is that was to make them look more medieval or that the two teams are not those factions. The stained glass windows, colored torches and colored jumppads let you know what base you are in, but I doubt anybody will have much trouble finding their way since the map is very small and symmetrical.

The weapon locations could have been better because the rocket launcher is too dominant. There just is not much of a reason to go for other weapons other than the plasma gun and it does not help that it is in the choke-point between the red and blue bases. This means a player can just take the RL and camp at a perch whilst picking up the red armor since you have to go through the center to get to the opposite base. I was a little disappointed that the Lightning Gun was not present as it is a very good gun for levels with low amounts of space.

A good map for people who can only manage a LAN party of four (such as me) although I believe some aspects of the map could have been improved. I liked the scenery and ambiance Pat Howard included and I implore him to make another map, but perhaps this time for people who lack kenophobia. 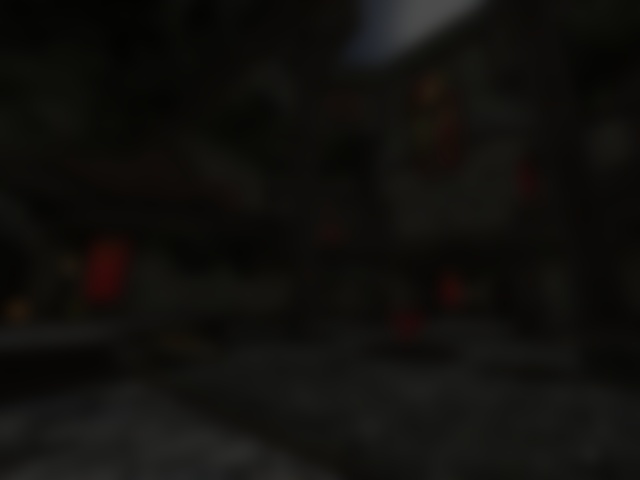