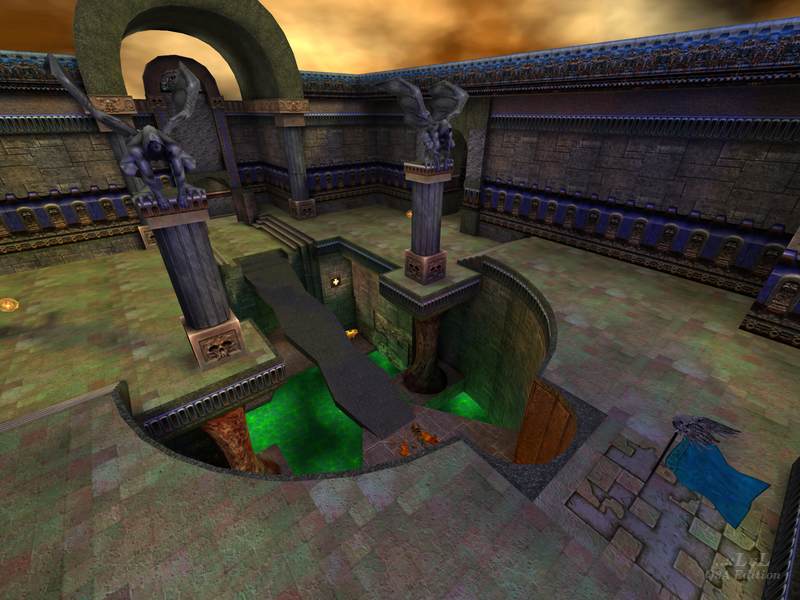 This release is consists of two maps, both a CTF redux of Temple of Retribution (q3dm7). These two maps share a lot of the original, but the first version is larger and is a more complete copy than the second.

Although the author has added support for FFA and TDM, this is a bit unnecessary, just play the original.

The first map is more closer to id's original map. You can recognise the main courtyard with entry to the portal pit where the Megahealth is placed. The courtyard is the base, where flag is held in CTF. In Deathmatch games there is Red Armor instead. Shotgun area, Rocket Launcher room and the Red Armor pit, it is all there. Nothing new, just take a whole map and rotate it 180 degrees around.

The outside area, where originally the RL is placed was made into a central area which connects the two bases. As I said, nothing new, but CTF gameplay is great for that simple conversion. Personal Teleporters have been added and they can save your butt, when you are ganged up on by a couple of enemies. Just watch your flag as it will be dropped when you use the PT. FFA feels somewhat confusing, since you play one of the most known default maps "twice". I never played TDM version but I feel it would be something between CTF and FFA.

The second map is smaller than the first one. For example the Shotgun area has been reduced to only a path to the opponent's base, Yellow Armor normally placed near the SG has been moved to the RL chamber. Outside RL area has been completely removed and Red Armor pits are now facing each other. There is now noticeable difference. Two bases are facing each other and fast captures will be in the daily order. Gameplay is now much more geared to FFA and TDM. CTF feels cheaper here than in the first map.

Bot gameplay is much like the original one from Q3DM7, there is nothing to say about, bots route all the areas without any issues.

It is an interesting conversion of an already interesting map. As a recommendation the first map will work well in Q3 CTF but you might not enjoy Deathmatch here much. The second map will play great with Deathmatch called in. CTF is too fast for Q3, maybe it will be accepted by some fast CTF servers where captures are the must.

Check it out and choose your favourite from the two maps. 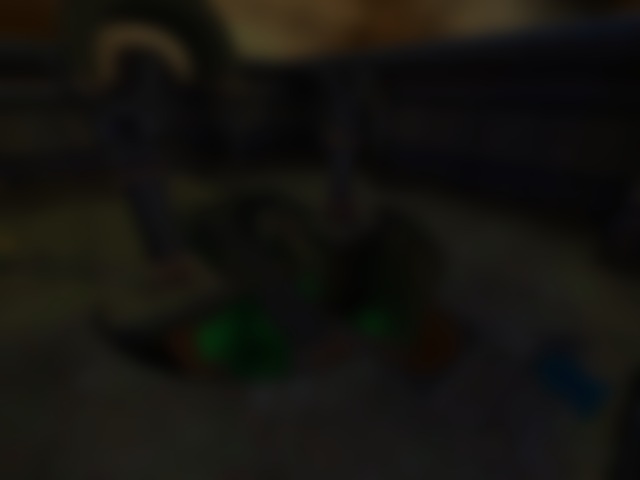