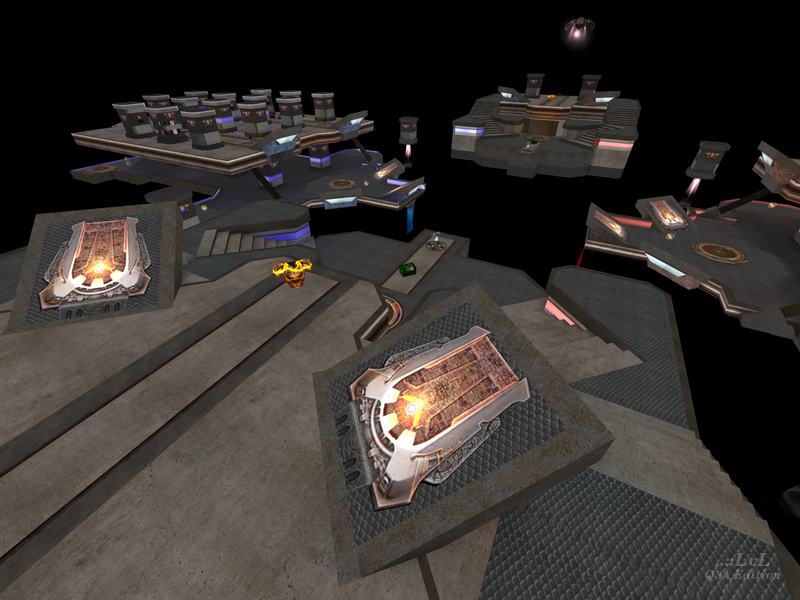 Here we have a nice looking and somewhat well played map. It is a remake of the classic Quake 3 map, The Very End of You (q3tourney6). The main difference from the original is the whole map is symmetrical. There are the two flag bases opposite from each other, not unlike the original. Between them are another two platforms on each side. The main platforms have an extended "lower" level with a railgun in Deathmatch matches and the team flag in CTF matches. Each base has launchpads that go to the side platforms. These platforms each have a Yellow Armor, a Shotgun, and a Personal Teleporter.

The extended parts of the map do not stick out too much and are quite seamless with the rest of the map. The textures look great and do not have any visible errors. Geometry was pretty much the same as the original. Bots played fine but rarely ventured to the lower levels of the bases. Unfortunately, the BFG booby trap was removed, due its "uselessness", according to the author.

Overall, I think this map plays pretty well and the author did a good job of making it symmetrical. 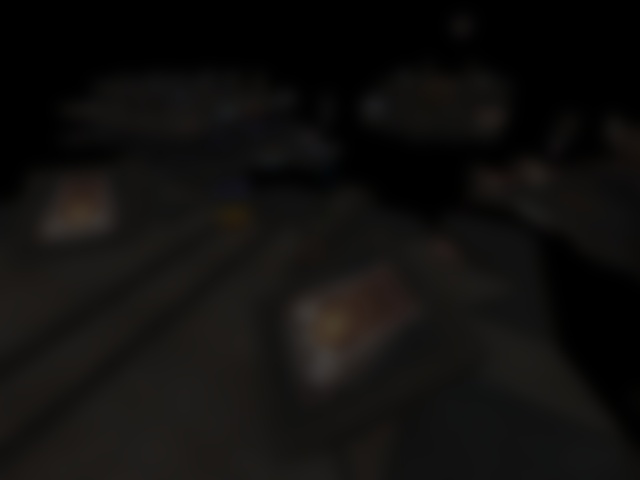