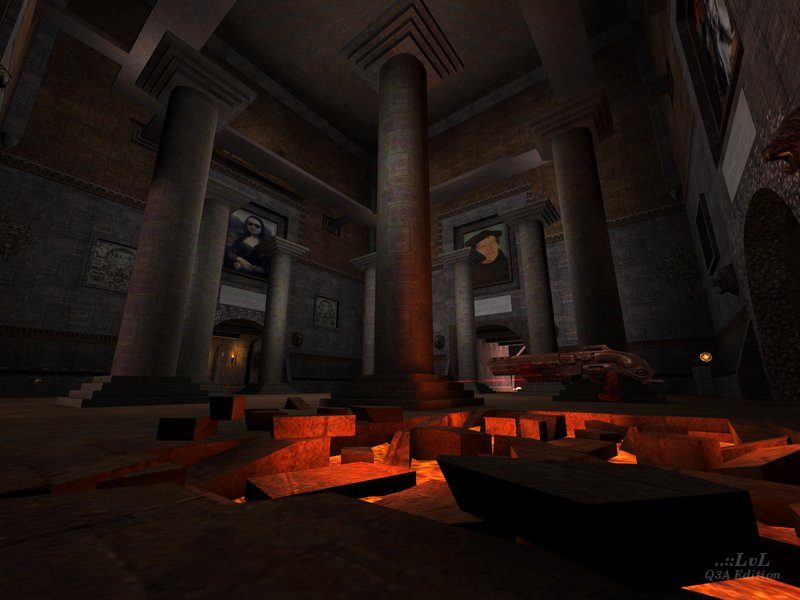 Eigelstein is a small "box"-style map. If you are a klutz who dies a lot from falling, you will hate this map.

The theme is that of a tall, old-looking church or cathedral. The lighting is also a bit dark in some places.

In the central and only room there are eight tall pillars. Above those is a floating platform that goes around the perimeter of the room. Branching off the main area are four halls. Two of them, (let's call them North and South) have the RL and a bounce pad. Each sends you up to a matching hall above with some armor shards. That then leads back to the floating platform. The East and West halls each lead to a weapon and then a pulsating wall that teleports you on to the floating platform. One has the GL and the other has the RG.

In the corners of the central room, there are SG's along with some health. The PG and the LG are up on the floating platform. The BFG is accessible by Rocket Jump, but it is a bit difficult as you need just the right momentum.

There are no ammo pickups - so don't go crazy with the RG. The BFG, RG, and the PG dominate the map as it will be a lot of long-distance battling.

There are four powerups. Evenly placed on the pillars, after waiting for a little, one can get on the floating platform and then drop down to the pillars and collect them all in quick succession - if you time your jumps well. This kind of interferes with gameplay as one can collect the QD, Haste, BS, and Invisibility and be completely overpowered until the time runs out.

Bots are ok, but as one might expect, they do not go for the powerups unless you die while you have them.

Overall, an alright map that is best for playing against human players and probably won't stay on my computer long. 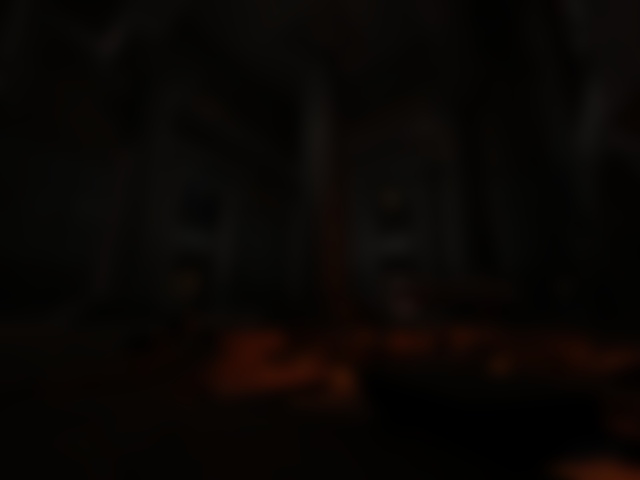