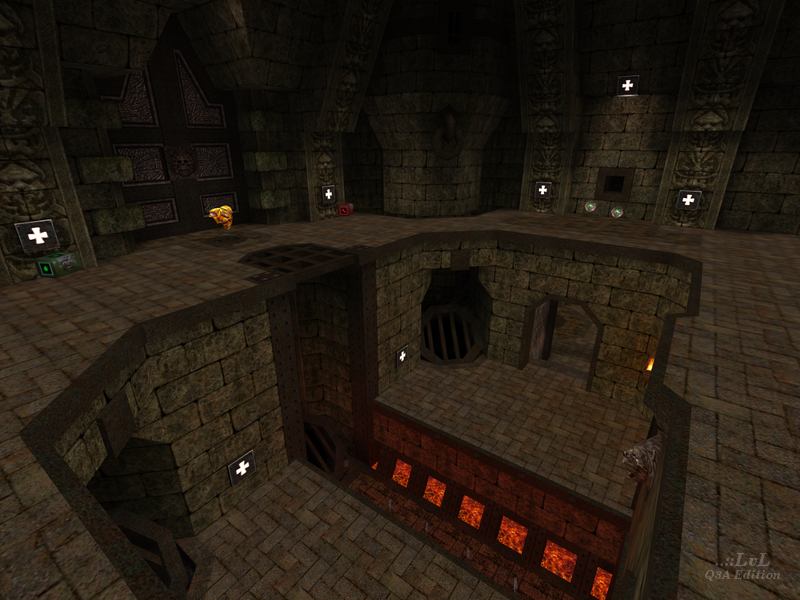 The style of most of the default Quake III Arena maps can be described like a mix of Gothic and futuristic tech. But if an author wanted to create a really Gothic arena, it would look rather like Ziggurat Tomb by sst13.

The map's layout corresponds to Bouncy Map (q3dm16), but textures and some technical details are in gothic style - they aren't so colorized, but darker and grimmer and not electronic and rather mechanical. Briefly, for each futuristic detail in the original map, author found its gothic analog. The map looks and feels like a cave or dungeon.

The author found an interesting solution for jump-pads to follow the chosen atmosphere (see also his "The Lost Yard" - a remake of "The Longest Yard" or q3dm17).

One could find something to criticize, but such a reviewer would be reproached in meticulousness.

Tigs notes: Yet another fantastic release from sst13 with a very interesting secret included. Worth the download just for the trippyness of the hidden area. 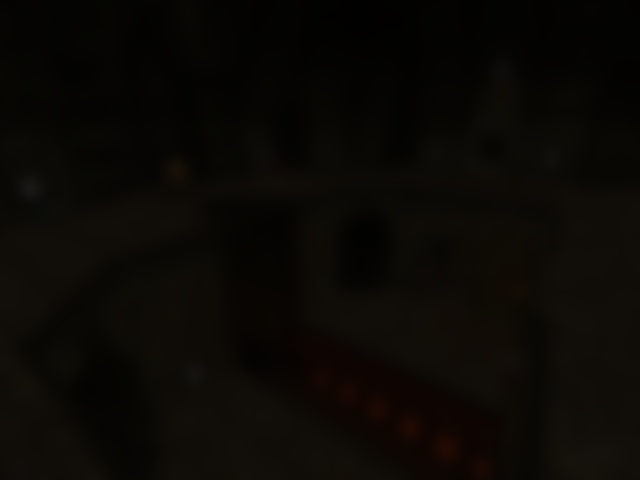