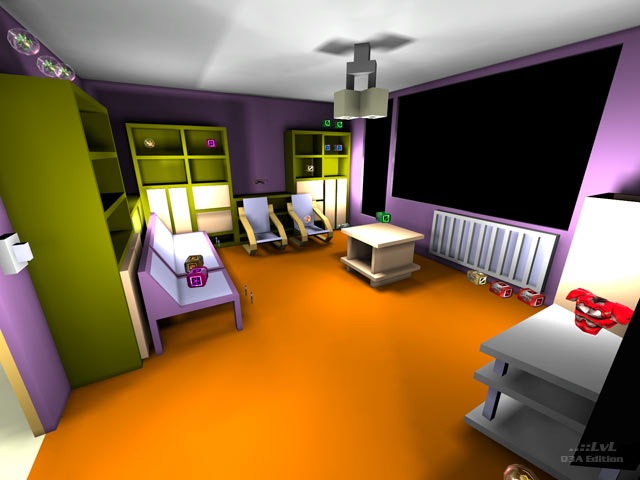 Instead of the cliche giant maps we have seen in the past, we now take a look at something new. A Giant's themed house in a cartoonish world where the players are not size of an ant or even a mouse, but rather the size of a cat.

Combat can get very hairy in a map like this where space is scarce. Especially in the main room depicted by the levelshot where the table and chairs can prove to be a nuisance. This could be either an advantage or a disadvantage based on your style of play. If you are like a dog that prefers to camp under the dining table for droppings, you can snipe enemies that try their best to shoot between the legs of the chairs. I was not too fond of how rocket jumping was the way to get on top of some furniture and the kitchen counter, but the abundant health nearby should help. Flisk got me several times whenever I got stuck in a closet.

A side note about the gameplay; you can play this release in standard Quake 3, but I personally preferred playing it with the Hunt mod. There I could use the Titans as the giants and you are like some intruder. The reason being the Titan's size matches the size of the objects in the level.

The texture style is a bit of a love it or hate it affair. For me, they resembled the Thirty Flights of Loving too much. I even felt a bit of queasiness while playing the map. That out of the way, I liked how there were some secret items you could get if you explore the map enough.

I'm a little surprised that a map I played back in 2008 map would not show up here until now. Unless if you play a mod that features giants and tiny people, this is may not be a map for you, but if you do, grab it.

Tigs notes: This map has a technical error - a leak. That means the entire map is drawn on every frame. This may adversely affect the frame rate on some system. 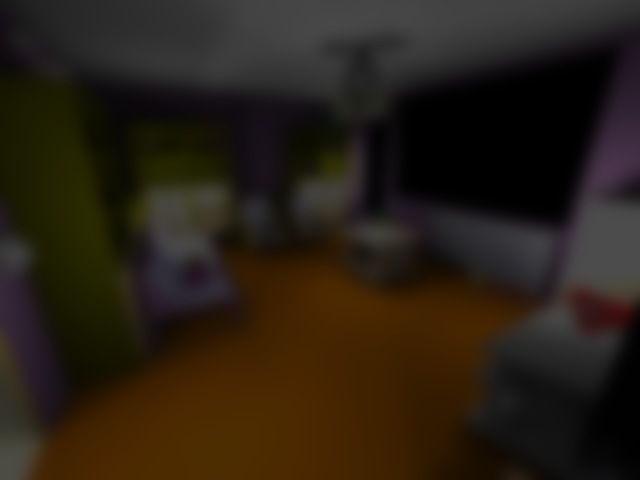