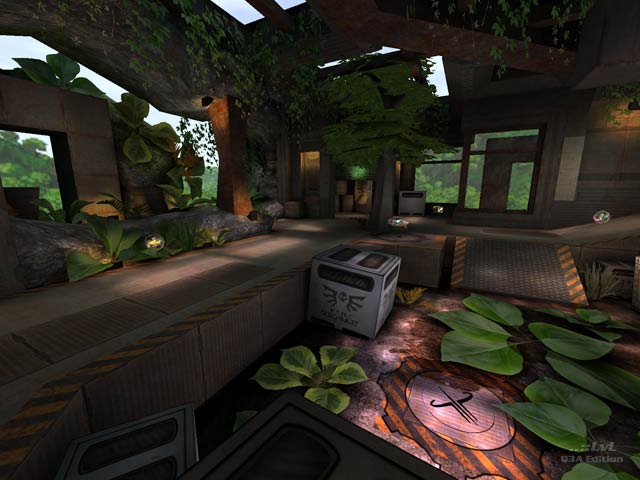 With this level, Christoph A. Loewe, commonly known as AEon, Quake3World LEM admin and veteran member of the Quake 3 community brings us his very own version of one of his favorite levels, Q3DM7 (Retribution), taking inspiration from Quake 4's Q4dDM1 (The Fragging Yard) and Simon "sock" O'Callaghan's Pyramid of the Magician.

Walking around on AEdm7 you feel like discovering an abandoned strogg facility that is slowly being eaten up by the surrounding jungle vegetation. AEon makes great use of evillair's eX texture set in combination with sock's plant set to give this map a look and feel I had not seen before in a Quake 3 map. Furthermore, tons of custom ambient sounds and loads of love for small details create an unique atmosphere that makes AEdm7 a top quality level and a 200% improvement compared to AEon's earlier work that can be found here on ..::LvL.

Regarding gameplay, just like Retribution, AEdm7 is meant to be played in Free For All or Team Deathmatch with 8 players. The map contains all weapons minus the BFG as well as one Red Armor, opposed to a Quad Damage with 2 Yellow Armors and a MH in the central areas of the layout which consists of two larger outside areas connected by a small corridor in the very center of the map, just like on Q3DM7. Additionally, there are numerous paths and 2 teleporters leading you to the surrounding areas and creating a well working map flow. The great variety of vertical and horizontal scale in a lot of areas in the level allows for tactical and spectacular fighting, not at last because of the acceleration pads in the central areas making players travel through the air and giving them some extra momentum.

Personally, I think this release by AEon is a must have and I'm glad he finally found the time to finish it as it has been in development on and off since 2006.

So, download and start fragging, but don't feed the dinosaur!

Note: Anyone who is interested can visit the level's Quake3World Thread and read up about the development and the decisions AEon made to bring the map to the state it is in now. 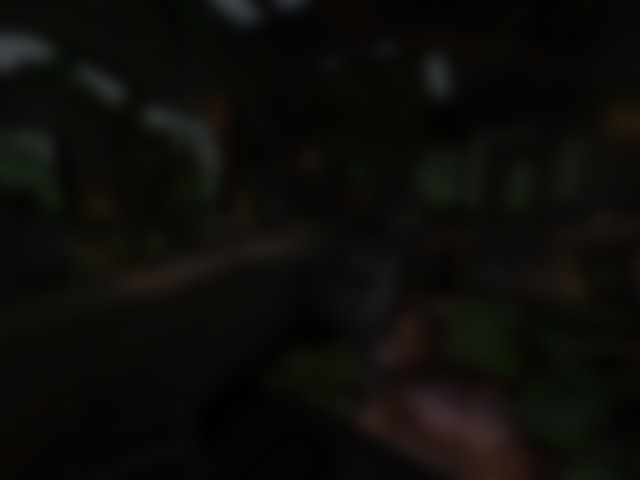