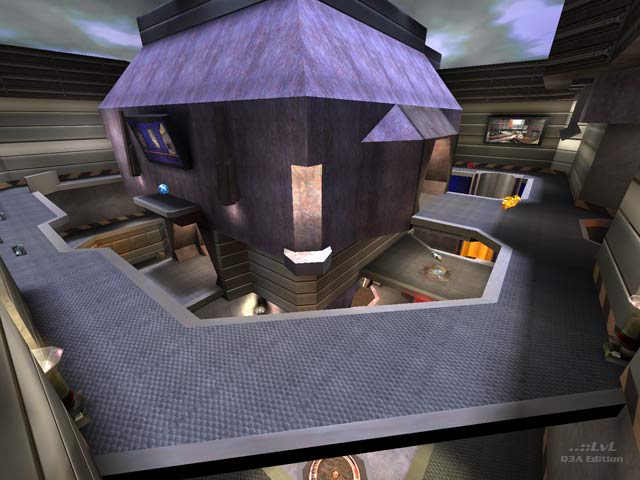 As you would expect, this map is a small revision of Vertical Vengeance II, or pro-q3tourney4, which was in turn a modified version of the original q3tourney4 to make it more suitable for competitive play. It was used in both tournaments and in the Quake Live version of the arena.

Like pro-q3tourney4, you will notice the teleporter which takes you to the Mega, as well as the item placement changes from the original. The author took the map one step further and cut out some space behind the jump pad wells / dead ends. At one side is a GL in a green-lit area, and on the other is the LG bathed in blue light. There are also some other slight additions like a "deflector" wedged on a corner of the top walkway, possibly to allow for more cover. Other additions include advertisement-like objects, promoting some of the author's other remixed maps, as well as the tiny "Frag-O-Cola" billboard that is well-known from Sai-KO's Vertigo arena. Which was also based off Vertical Vengeance, but with a massively different layout.

While the ideas of carving some additional moving room behind the jump pad chutes and the addition of the GL / LG are novel, the map is technically flawed in several aspects. For one, it has poor performance compared to the original. This is primarily because the author has "boxed" his map in caulk to fix a leak issue, and evidence for this can be seen when you "noclip" outside the map, where the outer faces are not culled. It also exposes some missing textures - go figure! Therefore, the entire arena is drawn from all points, putting dents in the frame rate. The colored lighting mentioned earlier for the LG / GL areas is overdone and distasteful. There is no bot file either, so you will be required to ask your friends to join in for a LAN party, although what kind of friend would subject someone to playing this map except as a joke, I don't know.

Adds some neat sections to an already gameplay-rich map, but ruined by substandard construction. Avoid. 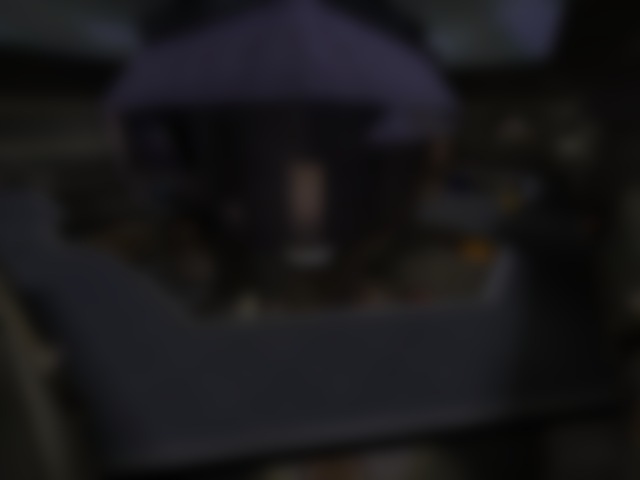