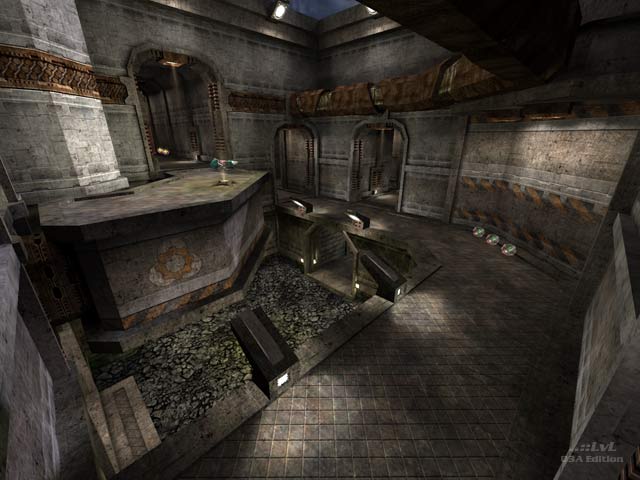 Contrary to the name and first appearances, "Moonbreath" is not a military base set on Earth's natural rocky satellite. The name comes from the fact that the moon looks down upon a chilly, brooding outpost set right here on our planet. Evidence for this also comes from the design decisions, including some rusty bar windows.

The arena is a CPMA tournament map at heart, but is also enjoyable for small FFA's and 2v2. CPM / CQ3 physics will help greatly increase the connectivity as the light fixtures are designed to allow for soaring above large gaps to snatch items like LG and RA quickly and with a minimum of fuss. It's still playable in VQ3 though, because there are no items in this map that necessarily require CPM physics to reach.

The two highlight rooms are the RG room overlooked by the RA hallway, and the LG / YA room. Controlling these important artifacts is essential to victory. Be careful trying to obtain the RA - the other player may punish you with a furious shaft across the hallway if you are not careful! Same can happen the other way around - your opponent can flick a well-placed slug in your face just when you are about to pick up your shiny ruby protection gear. Not to worry though - the YA and GA (in CPM) may be able to get you back on your running shoes if you are trailing behind.

It should be noted that the arena contains two red fog pits. This is considered controversial in duel-oriented maps, but for me I think it works okay here. It just teaches you to be more careful. Note that you can drop down on the hanging chains and camp there, if you are willing to take the risk of accidentally losing a frag, and that you have a RL in hand to get your butt out.

Lunaran's "cpm18" texture set dresses it in a sublime visual style with some punctilious detail. The red fog makes for a nice warm and cool color contrast, and the atmosphere permeates the fighting grounds with that sense of solitude and eerie quietness. There are only a few strange things about the graphics, such as a seemingly twisting pillar of rustic metal strips - but that is just a matter of perspective. 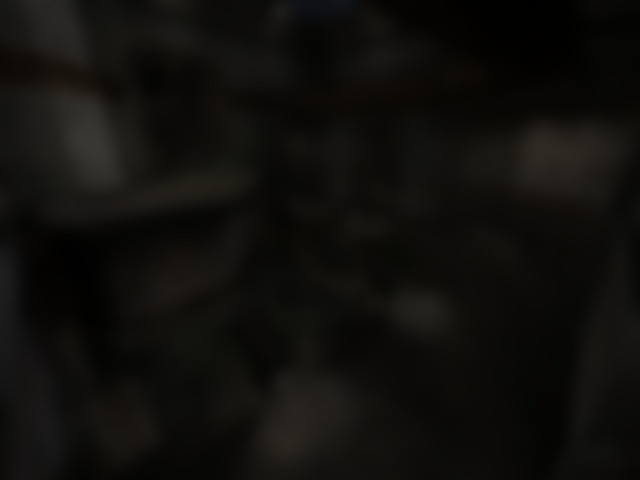