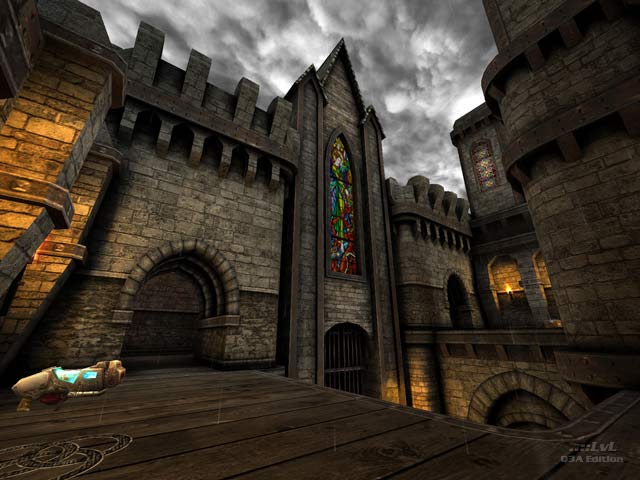 When a map comes along that makes you almost question yourself as to whether it is actually the Quake III (id tech 3) engine and not something like id tech 4, Source, or UDK, then that should tell you something about the quality of the visuals. That is exactly what I was thinking when I saw some early screenshots of this map back in the Maverick Summer 2011 competition forums, when Mr. Perryman himself shared with us an image that made us violently spit any Coca-Cola we were chugging down, and having to wipe off that repulsive brown stain tinting our otherwise squeaky-clean monitors. It slowly became even more and more atmospheric and realistic. What you are looking at now is perhaps one of the finest pieces of Quake III mapping.

Windsong Keep is a small-medium duel map which also suits small FFA's and 2v2 TDM. The vertical action is mainly limited to two stories but the second story is high enough to ensure interesting battles. The layout contains three major outdoor sections and some indoor areas where you won't get wet from the ever-splashing rain droplets. In one room you can find the RG and a YA, where the glorious stained glass window of a calm, noble man points his epic sword down towards the battlegrounds where players will compete over the RG at the bottom and the YA above.

Another area of high activity will with no doubts be the RA room. The crumbling facade of an outlook tower, formerly a location where serfs and other people dwelling in the castle would rest in the Middle Ages, has now been partially obliterated by nature's wrath. Here a RA sits upon the floor of the structure, patiently waiting for a lucky gladiator to acquire it. In CPM or CQ3, you can use double-jumping to your advantage to hastily obtain the RA without having to trot around the tower. A LG looks over just a short distance away from the RA tower - perhaps you can use it to surprise the player going for the RA.

The third outdoor section is where the MH resides. When you see it, grab it fast and take off just as quick, because it is as easy as pie to drop down and frag someone trying to get the Mega. This area is where Phantazm11 took his defining screenshot - gargantuan columns soaring to the rooftops of several windows, open and closed. Connecting this and the RA zone is an indoor room with another YA and the RL.

I think you already have an accurate notion regarding the arenas aesthetics, but there are a few details that are just dying to be mentioned. Remember the stained glass mosaics I referred to earlier? If you are indoors, these windows actually cast light onto the floor, walls, etc. using clever shader and texturing tricks. It's subtle enough to not be ugly or distracting, too - something that is not necessarily easy to accomplish. Similar to Family Fun Factory, anywhere where the sky is exposed the tiles are wet, but indoors they are dry. The metallic trims are very realistic, with the rivets appearing to pop out at you.

Playable in both vQ3 and CPM, Windsong Keep is a must-have for any Quake III fan, die-hard or casual. It won second place behind cityy's Fluorescent in the contest - but by a trivial margin. The author has worked with id Software for Quake Live, and I can definitely see Tom getting a lead design position in the professional industry with such an outstanding portfolio. Maybe id Software or Epic Games should be taking a look... 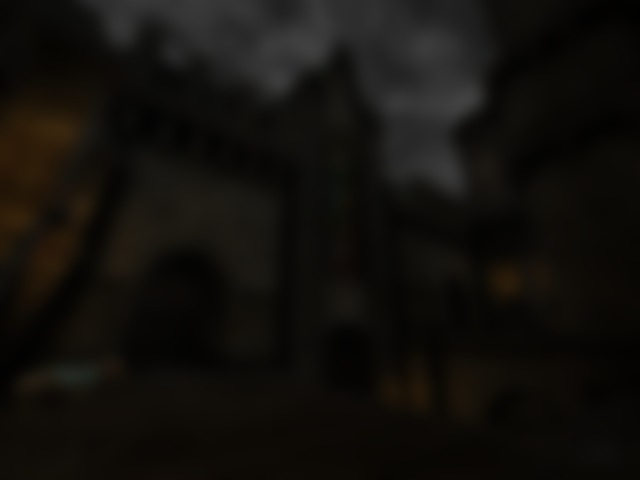