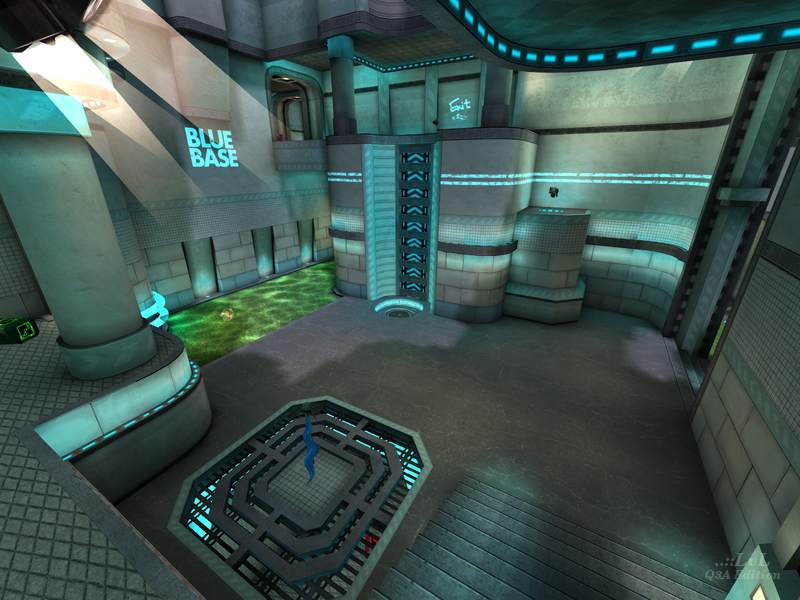 Fluorescent by Ferdinand "cityy" List was an entry to the Maverick Summer 2011 Mapping Competition. Out of the fourteen competitors that made it to the end, this ranked numero uno. Obviously, then, this map had to be great. And indeed it was - and it truly deserves the first place position which it has earned.

Aesthetics first: When you load the map, you will see how appropriate the title is. The arena sports a clean, shiny appearance that will remind you of Quake Live's urban style. What the map does to separate itself from just being another "city street fight" place is the carefully placed cathode tubes, colored to match the bases of which they are located. This bold, flashy spectacle of luminescence is pleasing to the eye and is an innovative way to tell a player exactly where they are.

The colors of Fluorescent are different from your typical CTF arena. While most CTF maps tend to have blue and red bases, cityy breaks away from the pack with cyan representing blue and orange standing in place for red. This works because of the theory of color opponency and it establishes a unique visual feel that is not seen in most other CTF maps, and yet you will still know who's base is who's. Besides what has been mentioned earlier about the graphics, there is a few other interesting details to add those finishing touches. The jump pads bob up and down very slowly in circular holes, grass is placed sparingly for a nice contrast with the techno-theme, and the power-up spawn in the middle, which is a teamed Quad and Regen, shows the names of the respective power-ups spinning.

On to gameplay / layout: The map uses rotated symmetry. The flags reside in moderately-sized rooms, somewhat sandwiched between a set of stairs and platform they lead up to. This branches out to three components of the base - the RA / LG room, the YA room, and the base entrance viewing mid, and at mid there is a large concrete structure with some LG ammo and the power-ups. Note that at the base entrance, you can drop into a hole to grab the RG, but when coming out of the tele, be sure not to accidentally obtain your "Free Death"! :)

Gameplay is well-balanced with a combination of both open and tight spaces. The flags can be captured rather quickly, especially in CPM, but thanks to the clever positioning of the flags, you will be hard-pressed to acquire it alone. Item placement will give players a decent stock without becoming overpowering. The arena is mainly designed for vQ3 gameplay, with a few CPM tricks thrown in for good measure, which is exactly the way it should be as it then ensures appeal to both audiences rather than just one. Bots played okay but you should really hassle humans to get the most out of it.

Seeing this map evolve over the course of the competition, it is amazing how many changes it went through and how cityy delivers something fresh while maintaining his consistent trademark style of which his alias derives. Download now or throw your PC into the nearest river. 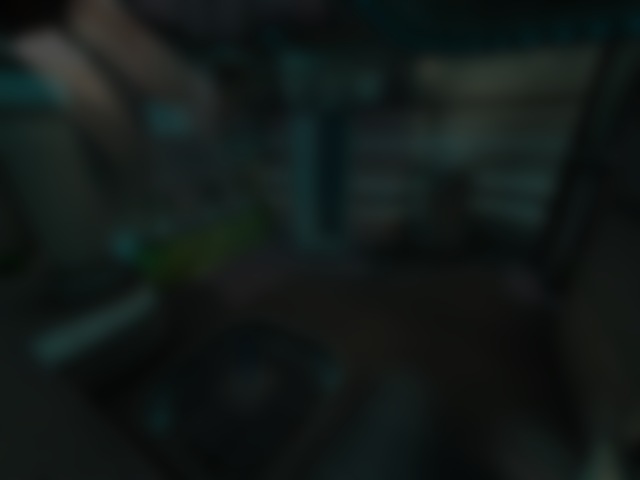