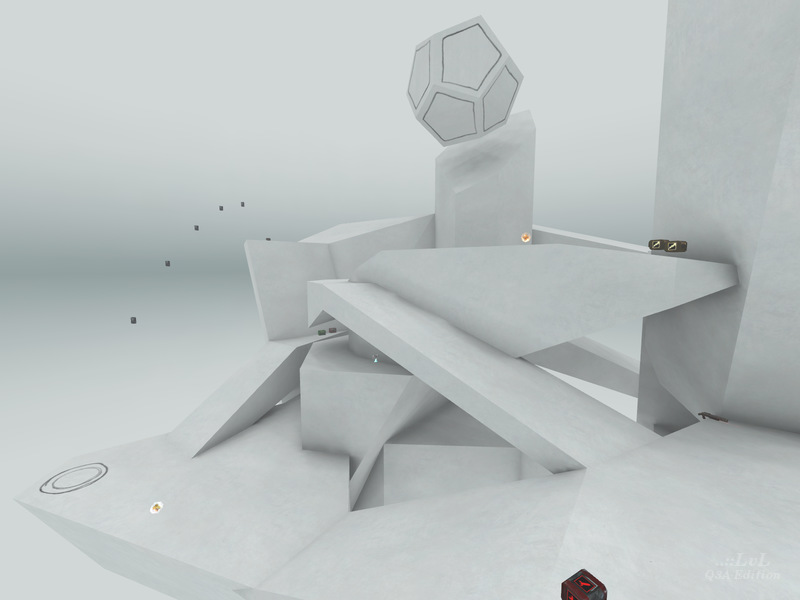 What a mouthful of a map name! I was as confused as you were, reader, when I stumbled upon this arena and took a gander at the title. Fortunately for us, the term is defined simply at Wikipedia, where it is said to be "...logical inconsistencies between narrative and game play..." such as a game that promotes selflessness in the story but gameplay that reflects a more selfish personality.

So now that I gave you some insight, we should probably get to reviewing. Ludonarrative Dissonance is a small space map that was designed for MapCore's 20-Brush contest (not to be confused with the contest at the now-defunct leveldesign.nl, although MapCore did use the idea). It has one of the most unique aesthetic styles I've seen in Quake III, and this surrealistic environment compliments the complex geometry.

The most elegant way to describe the visuals would be to tell a bit of a story. Imagine a four-dimensional universe where a young, 4-D child does a bit of scribbling - but his drawings are three-dimensional, as opposed to our flat, two-dimensional sketches. Upon his piece of "3-D" paper, (or a "swock") he fashions a sort of sculpture, and that is what you are fighting in. Some features of the map, such as the jump pads, teleporters, and a floating dodecahedron at the top, are decorated with jagged pencil lines that, when examined, move slightly. It's minimalism at it's best - proving once again that sometimes less is more.

The MapCore contest placements were split amongst brushwork, gameplay, visuals, and overall score. While this did not get a top three spot for brushwork or visuals, it received first place for gameplay and overall obtained second place. Due to the compact, hive-like design, gameplay is not quite your typical space map experience. While the RG is still very powerful, this arena seems to encourage more close-range battles. Movement can be awkward due to the unusual angles, but this is a nitpick. There are a few risky jumps that can help you get to places faster. The item placement is mostly good, although being able to grab MH and drop down to RA is somewhat alarming.

Worth downloading? For sure, but I would not call it a keeper. I think the style and technical aspects were of more interest than the gameplay. 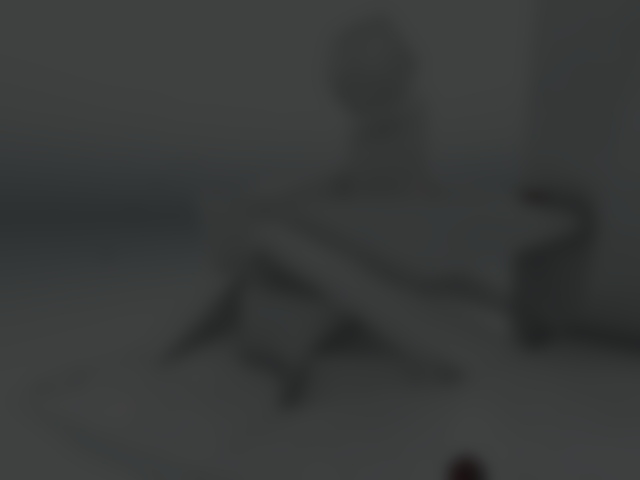