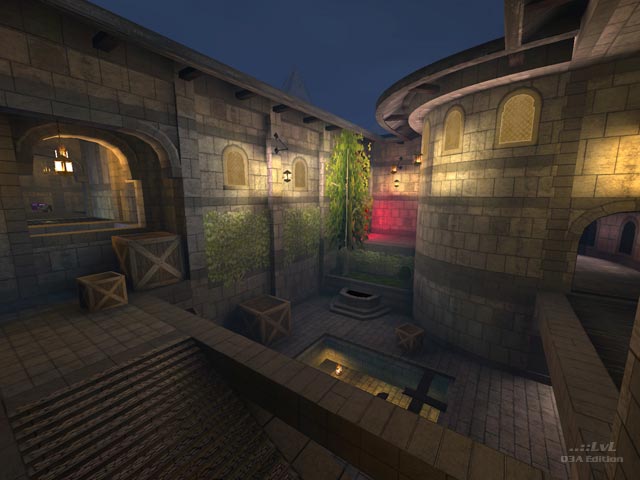 Conquistadores Lost achieved 4th place in the third competition hosted by Maverick Servers and Gaming. The author, Patrick "Kaffeewunder" Horn, made a giant leap from his ranking in the previous competition with "Io Haven", which earned 11th place.

Thematically this arena dates back to the days of Spanish explorers discovering the Aztec / Mayan civilizations in Mexico. In particular, you are fighting in what could possibly be some old supply depot used for trade many centuries ago. It's quite immersive, with architecture and styling that were customary in that time period and location. At one point you will find yourself strolling through a glowing crystal cavern, and at another you can gaze upon a glorious nighttime sky, where in the distance an explorer's campfire continues to burn and palm trees liven up your view; it is all quite moody really.

Realism is also merged with fantasy in several aspects of the map's construction. The weapon spawns glow the color of which their respective weapon is associated with (i.e. the RL glows red) and hurls faint, miniature versions of that weapon's ammunition. The teleporters, their exits, among other things are masked with a glaring, ominous visage in a style typically associated with the art of the Aztecs and Mayans. Adam "SyncError" Pyle (id software) described this map, in his judging Excel sheet, as "somewhere between realistic looking and borderlines becoming cartoony." A subtly amusing and accurate description, might I declare.

The gameplay, sadly, does not seem to match up to the atmosphere or aesthetics it delivers. The layout is mostly corridors and hallways. Thankfully there are a few open rooms that break up this kind of thing, but it still feels quite excessive; almost maze-like. Fights usually end up being in-your-face because of this, which some might like - but even then, I think the corridors could have been greatly reduced while keeping the "tight" feeling the author desired. The author recommends TDM for 4 - 8 players, and it is also playable as an FFA map. Bots are bots.

Worth checking out, but once you are done exploring you will probably set sail somewhere else.

Update: A spelling error in the title has been corrected. 23.Oct.2011 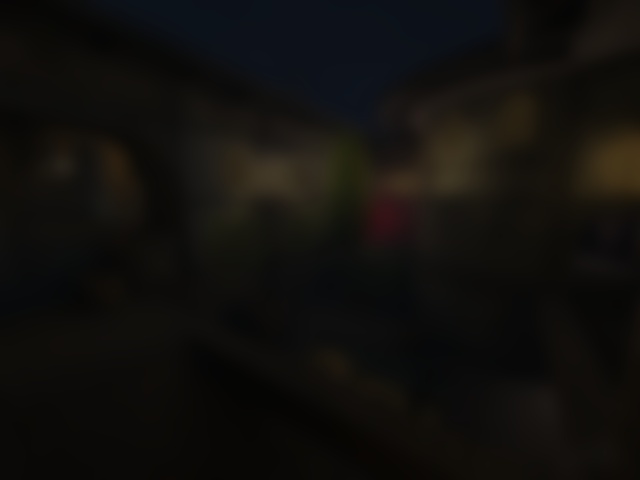