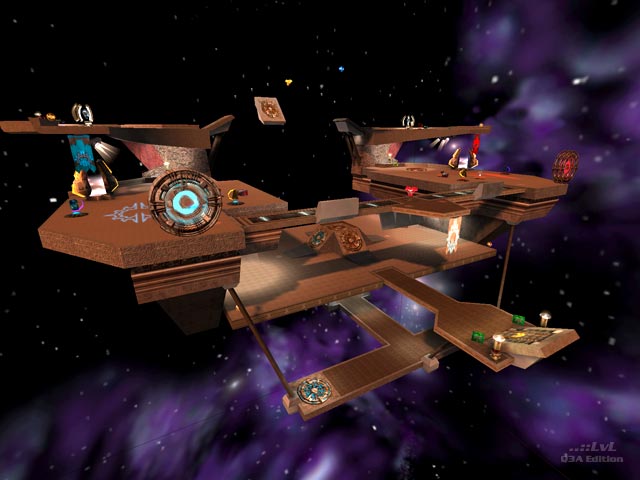 What do we have here? A Team Arena map? Yup, CZGhost is serving up some material for the ever-great, but sadly overlooked expansion pack to the base Quake III game. But while more content for TA is definitely appreciated, does the arena deliver anything promising?

This map is yet another version of The Longest Yard (q3dm17), amongst the gazillion remakes already available. Designed to support CTF and the TA gametypes / entities. The Longest Capture also makes some aesthetic modifications and layout changes. There are a few wormholes (the same ones from mpteam6 / Vortex Portal, except without the vortex effect) to allow for instantaneous travel between spots, and a walkway underneath the former lowest platform can be found.

Some of you have seen CTF conversions of q3dm17 before, normally taking the layout and flipping it over so the RG platform is in the center and the larger floating platforms are the bases, or the other way around! But not for czg3team1 - the author realizes the map has perfect symmetry already and... slaps the flags on the SG platforms? Yes, he did exactly that. Maybe it would have been okay if he had taken out the facing accelerator pads attached to them, but he left them there. This makes for stupidly fast captures with little skill involved.

As typical of a Team Arena map, the runes and TA weapons can be found. The nailgun and chaingun both work well in this environment. You can perforate people using the jump pads, or chase foes with the six-muzzled lead guzzler of destruction. Invulnerability finds itself on the new walkway at the very bottom - providing you a with a serious vantage point which can be useful for defensive purposes as you snipe away at enemies from your safe little pink bubble gum sphere of protection. At least until it wears off. :)

Unfortunately, since the accel pads on the SG platforms are still available, gameplay in regular CTF matches boils down to "taking the pad, dodging enemy fire, grab the flag, dodge a bit more, come back, rinse and repeat", maybe with a few teammates risking their lives to grab the RG to hurl slugs at people using the pads. Combine that with Doubler, and you got a surefire way of preventing people from coming in, not to mention getting on their nerves. Bots play okay for space CTF.

Another person making his foray into Quake III mapping. All of this can be expected from an author's first map, and I'm sure this was just a "test" before moving on to something original. Download? Probably not, unless you have TA - but don't expect to keep this one for long. 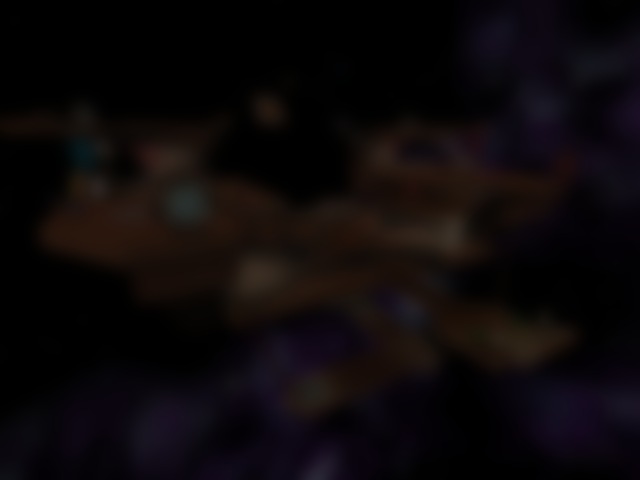