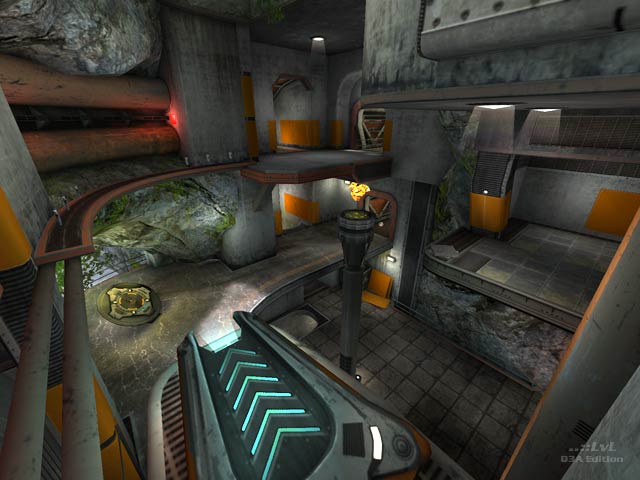 Although Flipout is a recent entry to the Quake III mapping scene, he claims to have experience with id tech 4 design (Quake 4 and Doom 3) and brings it all in to this one masterpiece of an arena. Making id's work look like Etch-a-Sketch, "Achromatic" delivers a combination of stunning aesthetics and blazingly fast, exciting gameplay, much like another accomplished mapper, Alexander "thefury" Mader.

The map's style is quite similar to many Unreal Tournament 2003 / 2004 arenas. It appears to be set in a high-tech installation built into a mountainside - a fusion of organic and man-made which appears prominently in UT2K3 / 2K4. It also relies heavily on models, which the author has used for elements such as jump pads and weapon spawns. It's pulled off brilliantly, and just comes to show how even a 12-year old engine can stack up to today's visual standards.

Achromatic contains three rooms, the main one contains a tall pedestal with a YA sitting atop, accessible from the third floor or from an angled jump pad below, then a RL even lower than that. Next to that is the LG room, which is somewhat reminiscent of the RG room in Method's "Trinity" map from Quake Live. Like there, the LG can be found on a narrow arched walkway - a perfect opportunity to make a surprise attack from above! Finally there is a smaller area with a water pool, which you can swim in to grab the RG. On the lowest level of the map you can acquire the Quad. Teleporters are used for additional connectivity and speeding up gameplay. Should play fantastic in both standard Q3A and CPM. Bots navigate pretty well, using all essential areas.

All the hallmarks of high-quality mapmaking is plain to see here. Even the pickiest of players will undoubtedly want to give it a try. So, GO GO GO! The download button is up there by the way, if you forgot. 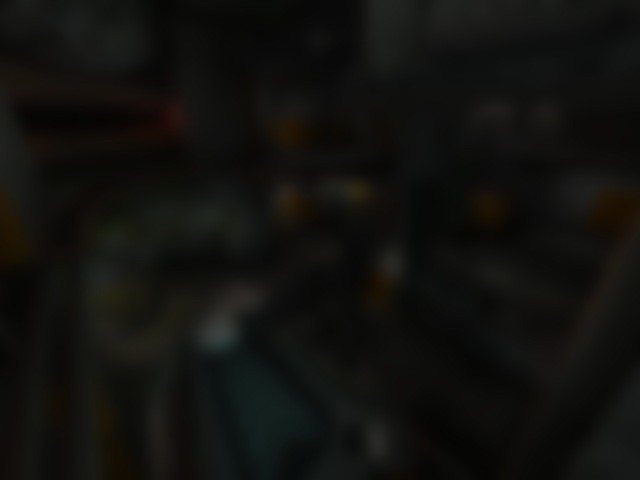