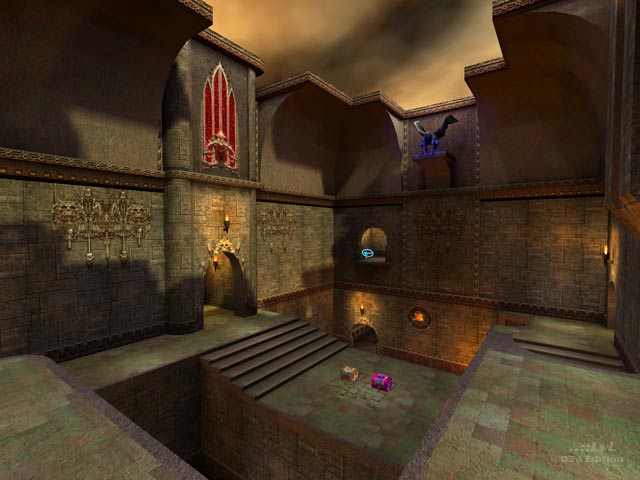 If you like "big and beautiful", then you should enjoy Shattered Tranquility (sanctum). This map is absolutely gigantic, and the author really drives that feeling home not only by having plenty of horizontal space, but by using the vertical space to his advantage with tall ceilings, giving it a strong "cathedral" vibe. It really reminds me of Overkill! in this aspect.

The map is divided into several rooms. Of particular interest to players is the Quad room, roughly located in the center of the map. Other notable areas include the RA fog room, the RL on the overhanging walkway above some more fog, and the tiny chamber with the Haste, accessible by teleporter. Connectivity is abundant, and the layout seems to heavily promote team movement in TDM. The openness allows it to function just as well as a Large Clan Arena (8v8) map or FFA.

Architecture is rock-solid, and it is as clear as crystal how much work went into forging these battle grounds. In conjunction, lighting is used almost perfectly with an atmospheric marriage of warm, subtle tones and dark shadows. The gargoyles in the quad room give off a tiny bit of blue light, which looks somewhat odd, but it is an extremely minor setback in an otherwise marvelous map.

Bots played okay, but they tend to congregate in the Quad room, seldom going to other places.

A mighty fun map that is worth grabbing, playing, and for many, perhaps even keeping. You know the drill - hit that download button! 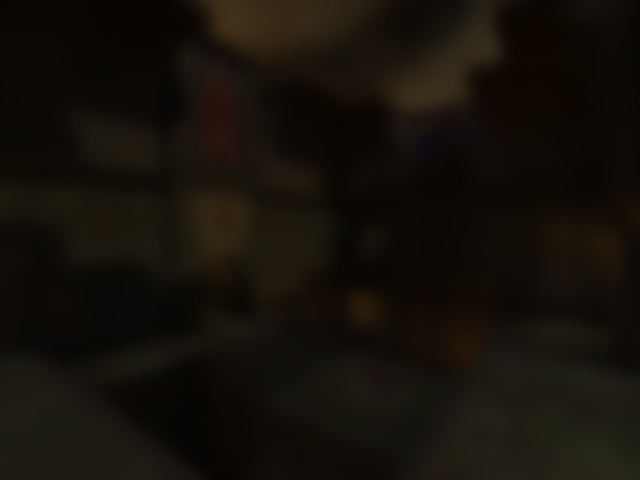