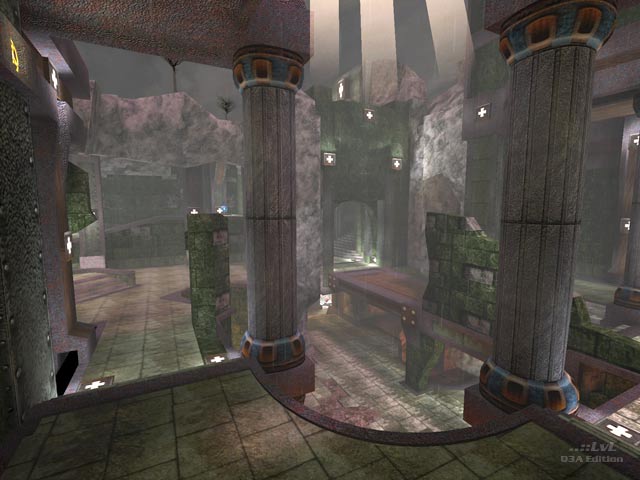 Created as a tribute to Lost World (q3dm13), Feel The Rush is a richly detailed arena which has a lot of work put into it.

I recognized the q3dm13 similarities shortly after I opened it up, but do not despair - they are only reminiscent of Lost World and both gameplay and visuals are strikingly different. There is that same "in-your-face" feeling that one may get from playing q3dm13, but that is about the extent of it.

Hallways and rooms go over one another and wrap around and connect back with each other to create a consistently flowing arena. To help the flow even more, custom teleporters have been added; including a few which sit on the lava, requiring one to make carefully aimed jumps.

While the theme is gothic, it is more of an abandoned castle built into rock rather than a twisted gothic dungeon of reds and oranges. There is even rain falling from the sky, red lights coming from the cracks in the ground above the lava. Some textures are very high-res and almost have a bumpmapped feel to them. The cost of all of this of course is that it will run slower on older PC`s.

One of the most interesting things about this map is that it comes with a custom music track as well. Composed by the author called british forrest, the fast tempo suits the map well. It does lead to a hefty file size, however.

Grab it if you are a fan of q3dm13 and are looking for a map that reminds you of it but is different enough to set itself apart. Go ahead, "feel the rush"...

Tigs notes: Kaffeewunder has pointed out that a few of the wall and rock textures have used normal mapping (bumpmaps) during the level compile. 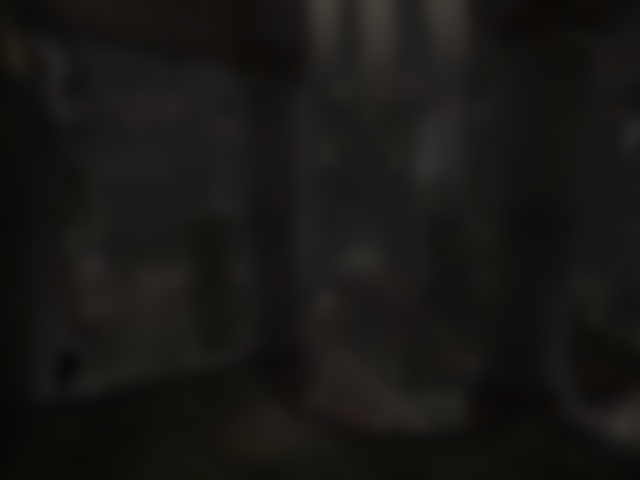