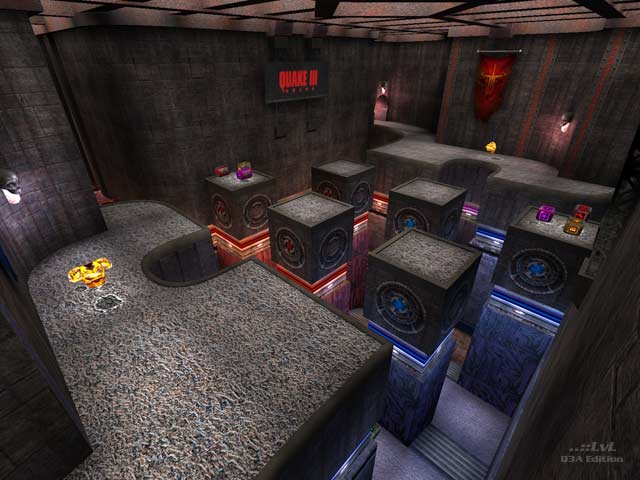 This CTF release is based on the Campgrounds II. Contrary to an older well known q3dm6 CTFmap by Joh@nson, this one has been connected over the pillars. Now, the flag spots find themselves at the red armor spawn points. Version 2 of q3dm6 has mainly an effect on the power-ups. You will not find any special ones, like quad damage or regeneration, just a Mega-Health in the centers of both teams and two yellow armors at the top of the columns. Because of the asymmetric order of the pillars, the grenade launcher finds its place across from the railgun jumppad.

Due to the new connectivity the map has a lot more flow than the old one from 2003, since you can take the bridge to the rail, go on with some rocketjumps to the rocket launcher and then let yourself fall into the own flag. I already can hear the "Holy Shits", because of fragging the enemy flag carrier right above the enemy flag with rockets coming from beneath the bridge, shot from the other side. With a q3dm6 conversion and leaving the items as they are, you can not do a lot of things wrong in terms of gameplay. So this map plays very neat.

The author converted a lot of basic textures into a blueish style, which looks pretty awesome. Also the blue base is lit in blue nuances of light. He also added some red lights in the red base, so the map is not too white. The blue is a bit dark in the ground level, though, in contrast to the red base and in general. But you will not get a color-overflow, since the author could get a very smooth light into his map. The transitions between blue/white, red/white is very soft and does not distract the eye.

There is not much to say about the architecture in general, since it is pretty untouched. The author added some nice details, though. For example he has created some walls in the outside area and used some fog in the skybox. So you will not get a HOM-effect anymore, if you jump up at the bridge and look out of the window. Furthermore you will see some nicely integrated banners, which remind a bit of the ones in Quake Live, and do not disturb the gameflow at all.

Although the pk3 comes with bots, I have to admit that they are very dumb. It seems they only use the route on the ground. There are moments in which one bot is coming along the mid-level, but appears to have gone astray instead of walking a wanted way. No recommendation in this topic.

All in all a very satisfying map!

As the name suggests, this is a CTF edition of pro-q3dm6. The map has been mirrored at the famous large pillars in the YA/GL area, the flags are where the RA can usually be found. The layout has not been changed at all and little has been done visually with the exception of the red/blue color coding that allows for the distinction of bases.

The items were not changed too much either. A YA was added near the flag (at the stairs leading up to the bridge to help the defenders. The central area with the pillars simply has 2 YAs very close to each other now.

All of this sounds like little effort - so did a random lamer just mirror a random map in a random spot and call it a CTF map? No, not at all! The map works surprisingly well and gameplay is fast and fun so it definitely deserves to be here on ..::LvL. sst13 picked a good place to mirror it, the spot holding the flag also fits. And he ain't a random lamer of course. ;)

In a few places some changes could have improved the map though. The weak spot is the central area IMO. It seems too small and too easy to sneak through. A single RA or even a REGEN there would have been better than the 2 YAs I guess. Parts of the map also feel too tight for CTF but unless you are a hardcore CTF player, you will like the gameplay on this one. The bots play the map pretty well but show a strong preference for a single route just like in any other map - which clearly is not the fault of the map author.

Conclusion? Grab this map, it's fun! You may even end up keeping it for a while if you like to play a quick CTF match with a friend and some bots now and then. At least that is what I will be doing. 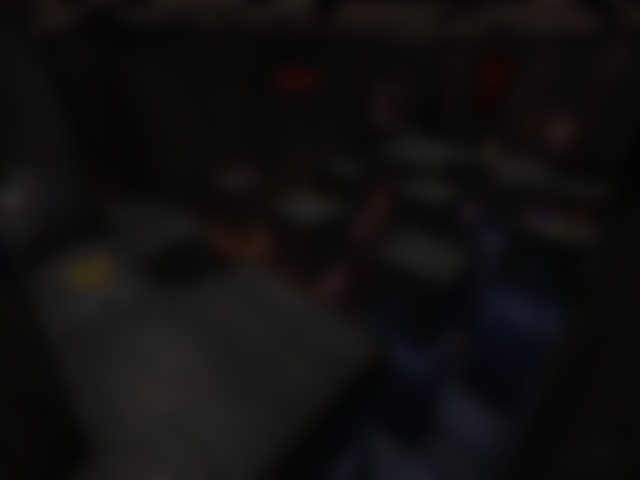