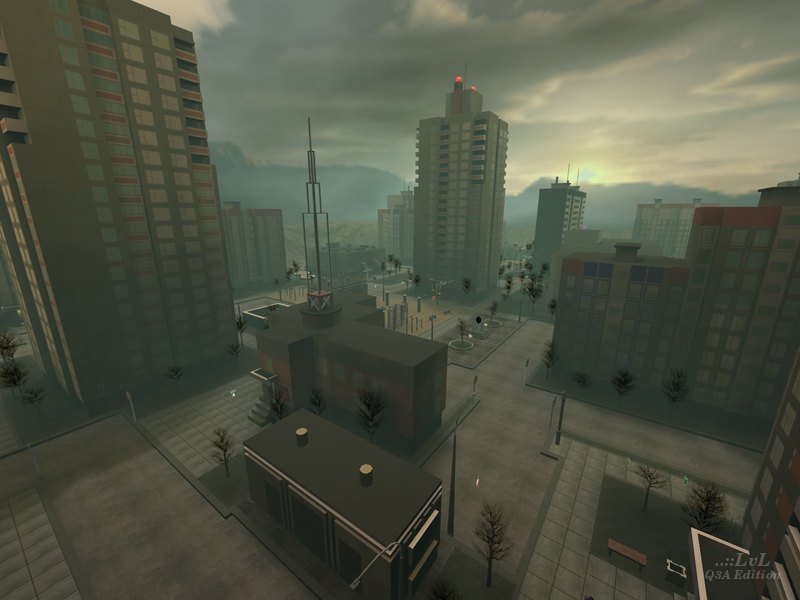 Krichevo Town is is a large-scale urban-style map which requires a large-scale, urban-sized machine to run satisfactorily. When I was having a look around the map, the framerate dropped below 30fps at times (r_speeds max at 100K), and with bots, it dropped even further, with plenty of bullet-time action, or freezing.

Because of the open layout of the map, textures obviously have to do service for architectural detail, which means that Krichevo Town looks like something from Duke Nukem's 3D period; but this is a minor criticism. The lighting, which is slightly hazy, captures that depressing feeling which Soviet-era towns might have had during the bleaker months of the year.

There are teleporters which take you to the top of the buildings, but apart from sniping with an RG or seeing how accurate you can be at a distance with the PG or BFG, there are no compelling reasons to go up to the roofs unless you want to try some aerial sorties using the flight power-up. Bots will get this, but they end up floating in mid air making targets of themselves.

Some of the item placement needed a little more consideration with a holdable Medkit, Regen and Battlesuit all in close proximity to each other; so, too, the RA and MH; two RAs which are quite close to each other. Possibly with a full complement of players, the quantity of items is not such an issue, although, for example, I wonder about the wisdom of an RA beside a long line of armour shards, or two RAs in such close proximity, or the adjacency of the BFG and enough ammo to keep the most trigger-happy bot satisfied for quite some time. (Oddly enough, they did not seem interested in the BFG - either of them.)

Overall, I think Krichevo Town is a well constructed map, perhaps a little overstocked with items, but probably does not have much longevity because of performance issues and its comparative flatness, which ultimately make gameplay either awkward or uninteresting.

Tigs notes: If the skybox appears to be rendering incorrectly or flashing, try switching simple items on. 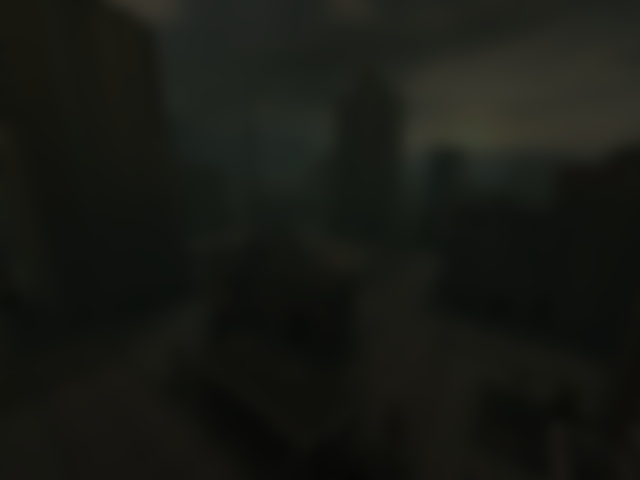