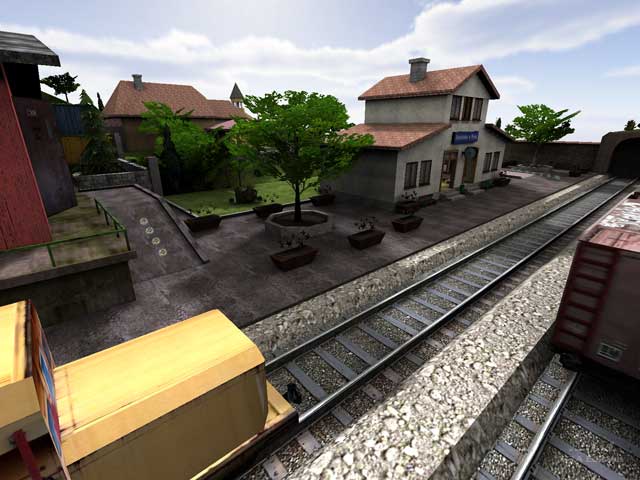 The map transports the player to a small town in the Czech Republic. Plenty of detail and ambiance, such as birds chirping and a pay phone ringing, make this an enjoyable place to assemble for battle. You will almost immediately notice a mysterious UFO hovering, moving a slow path through the blue sky. There are shops stocked with goods, a church, two pay phones, a news stand, a home, and a railway station, complete with moving engine; don't cross the tracks at the wrong time.

Nearby you will find a warehouse stocked with crates and other goods. There is also a factory with a unique chimney stack, jump in the bottom and you will find out why it is one of a kind. There is also a secret trigger that will open a room containing the BFG and plenty of ammo for it. However, it can be difficult, sometimes, to get the door release to open your way out. You will find some helpful power-ups, including haste and the quad.

There should be plenty of ammo for a large FFA, along with many well dispersed weapons. Because the map is so large I found myself scurrying to find any available health, as it often seems so far away when needed most. Bots are supported and they do rather well except when it comes to finding the RG and BFG. The RA and YA are present, as well as some other goodies.

Eight players is my suggestion if you want to keep the game play active, although there is room for more. Hey, someone please answer that confounded phone.

Overall, this is a solid map, I found no significant flaws that are worth mentioning. If you like town-themed maps you will most likely want to keep this one.

Update: The download has been updated to version 1.3, however bot support was removed. The original bot supported version can also be downloaded. (20.May.2010) 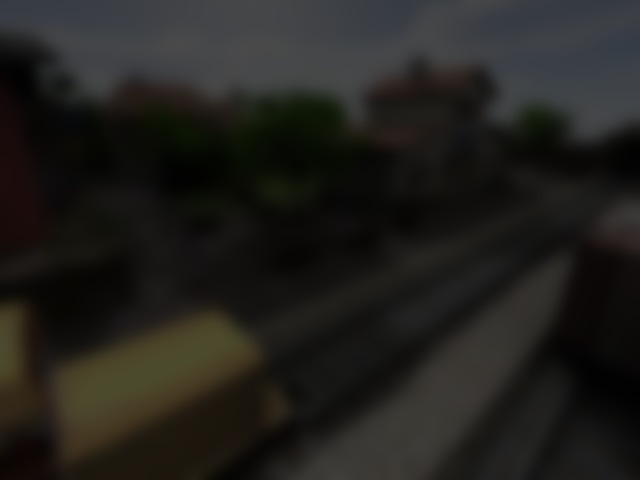