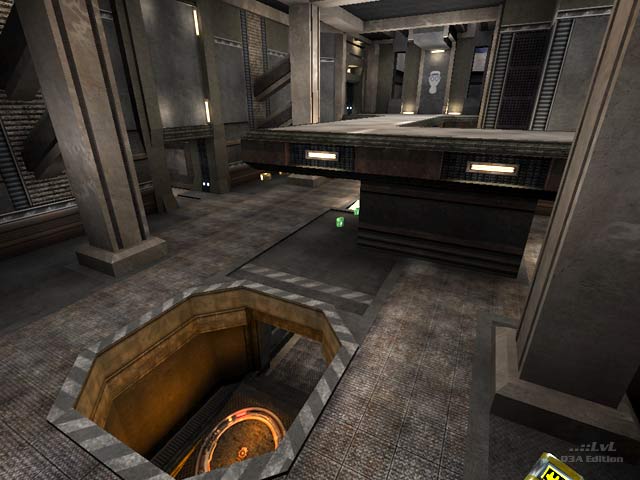 Manic Depression is a concrete, industrial-themed base map with item placement optimised for Team Deathmatch. Weapons and power-ups included on the map are 2 Rocket Launchers (1 in proximity to the red armour and the other in close proximity to the yellow armour), 1 Railgun, 2 shotguns, 1 Lightning gun (which acts as a counterpoint to the RA rocket launcher), a plasma gun and a grenade launcher that is perched above the Red Armour. The Mega Health is located in the network of tunnels at the bottom of the map and underneath the main central arena where the Quad spawns. Not to be underestimated is the single 50 health that you will find yourself actively seeking out through the course of a game - especially in games with larger player loads.

Bot play is a bit lack-lustre but they do use all areas of the map and pick up all items bar the Red Armour and 50 health; both of which require either a rocket jump or a drop down from above to reach. They also have an annoying tendency to just stand there until engaged in combat and will often not use their weapons - more so than I have noticed on other maps.

The map layout and item placement is flawless and what really stands out is how well connected everything is with a network of tunnels underneath the main area and an equally well connected network of walkways above being hotly contested. Bouncepads allow for movement to the upper areas in addition to teleporters providing similar access as well as removing the distance between otherwise disconnected sections of the map. In this respect, Manic Depression reminded me of Teddy's classic Team Deathmatch level, Deep Inside.

The layout will see smaller battles taking place as you move around the perimeter in free for all with confrontations often taking place down below for the pick-up of the Megahealth and large frays taking place in the main arena around the time the Quad spawns.

Manic Depression also works really well as a smaller 2 vs 2 team deathmatch and 3-5 player free for all, making for a more strategic game that can be owed to the exceptional item placement and connectivity of this level. Smaller games in no way feel lacking or sparse.

Levelmakers' logos reminded me from time to time that the environment I was so absorbed in is in fact artificial, but given the support levelmakers.com provides to Quake 3 map makers this is by no means a criticism. Note: The Levelmakers website is not active (2019-09-07).

A second version of anodm4 with music is available as well from StjartMunnen's website or from ..::LvL. 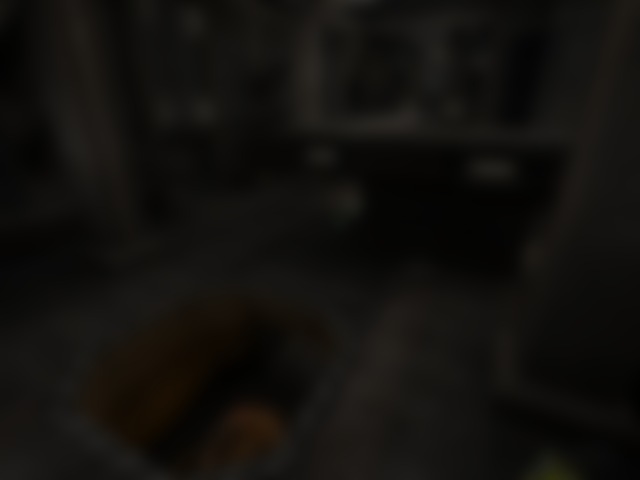