This map is pretty much what the name implies: a blue labyrinth with walls some walls and parts of the floor made of blue glass. It consists of rather tight corridors on two height levels and is all blue. The upper level is rather open and offers quick access to different spots of the labyrinth on the lower level by holes in the floor. This includes the QUAD room. Passing through certain areas seems to move a glass barrier on the lower level in and out of a corridor entrance. The map looks rather boring, though the glass shader is pretty.

As one would expect from a labyrinth map, you'll need quite a while to get used to the layout. Gameplay is random and boring because enemies can easily hide and escape from battles. Interaction between the two levels is very limited and the upper level feels dead because it holds nothing of interest.

The author states that the map was made for duels, but I cannot recommend this due to size of the map, the QUAD, INVIS and REGEN. I got trapped at the REGEN several times and had to /kill myself because the part of the wall that was supposed to slide open did not, maybe because no enemy crossed the trigger. Bots play OK.

Grab this map if you're willing to fight in a rather tight maze. Few people will keep it. 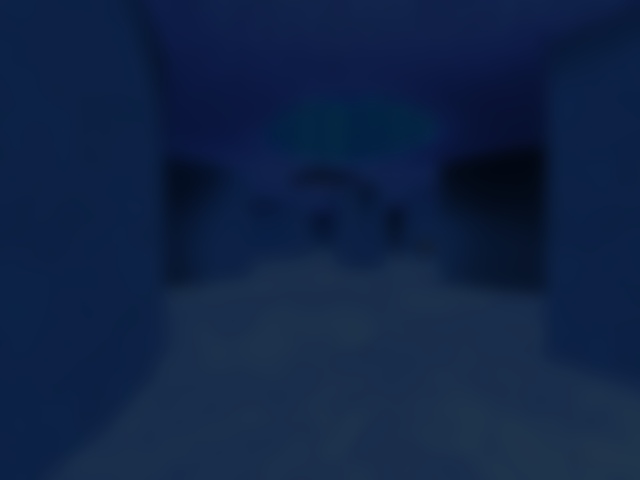