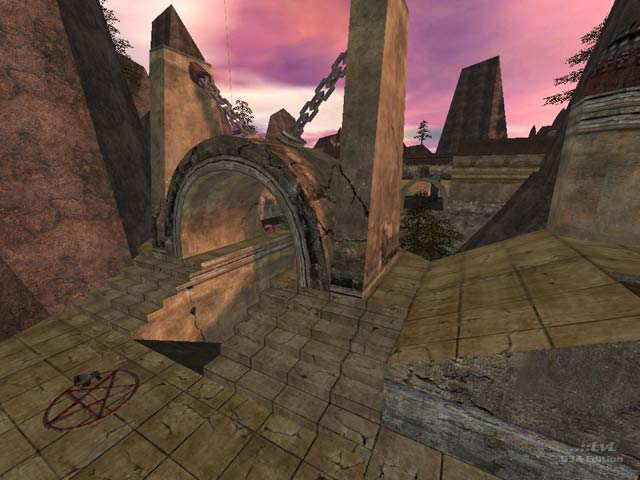 Tribal by ROODOG is different paced from what mappers have been making for a long time. There are mappers that make arena's with a good layout for gameplay, and sometimes there are mappers that create levels based on something that carries other ideas behind the map that make you like it from the first time you play. Something unique like a rich environment or setting. This map is that, and has a lot of depth behind it. It is an ancient arena surrounded by mountains with a distant volcano on the horizon, as said by the mapper. There are traps that leave you to fall in lava with triggers that set off all sorts of things within the map. Elevator style rock platform to overlook the arena and reach higher ground spots. The map is so gigantic that it seems to be one of the largest maps I've played since the early days of custom Q3 maps.

There is a hidden room with a mirror that allows you to step on a trigger to blow up people that get trapped in the Quad room, which is very well done. With so many things like the Quad room, this map is full of stuff to find and mess around with. You could probably play with 20 players no problems, though it's fun to just walk around in.

The skybox uses textures from Mighty Pete. It has a jumppad and spawn models from Evillair, rock textures by Kat, and textures from qkenny, GrimReaper, and Ewooz. Make sure to have a strong graphics card to play the map on, as the r_speeds get a little tough in spots that are highly detailed.

It is nice to see good maps being made. Did someone say other games are coming out? Oh there are? Oh... Bah! 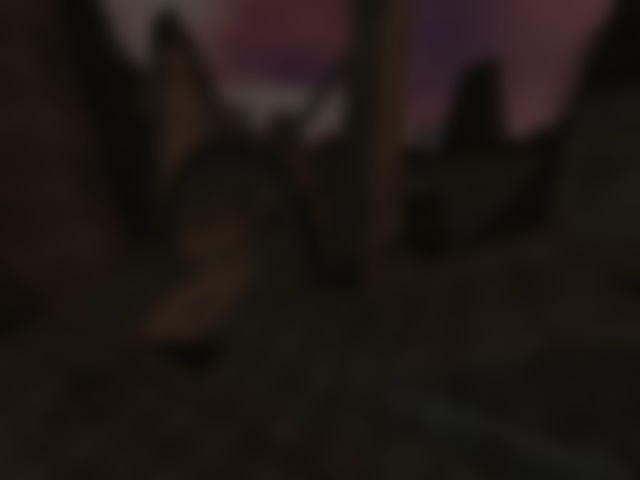