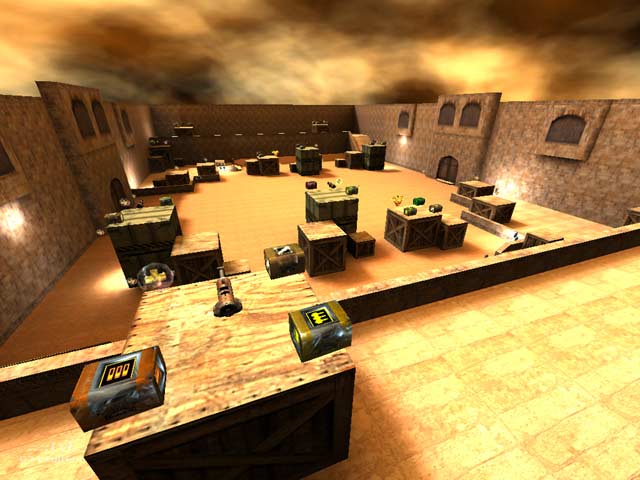 Anyone who has played Counter-Strike beyond de_dust will recognize this map. The layout is simply a big square courtyard, crates and an elevated ramp along opposing sides with spawn points behind them. Like CS, it's more setup for team play. It also has that unmistakable CS texture set.

For vanilla Q3, this is really a sniper' practice arena. Railguns are a plenty, as well as RL, LG, SG and plenty of ammo/health. Not much fun in vQ3, but load up your Urban Terror or True Combat mods and this map may be a keeper, even if only to relive some CS gameplay.

Bots are supported and they play OK in Q3 but much better in UT or TC. 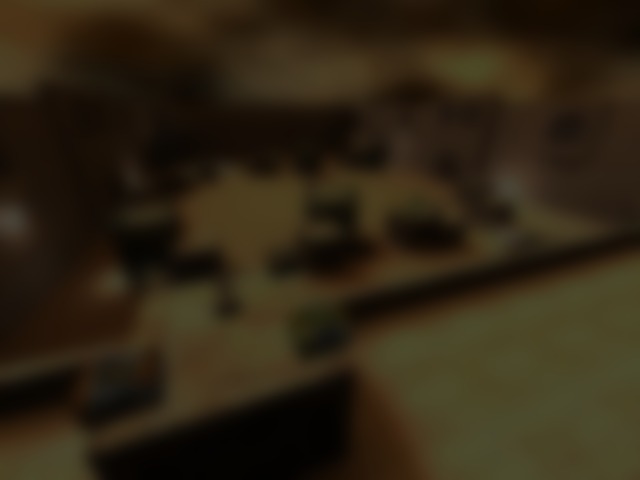