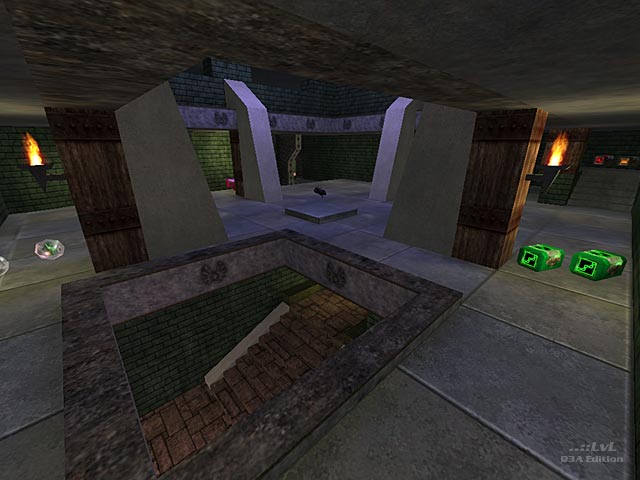 If you stumbled upon this map via the search option, you must be an Unreal Tournament player! Cursed ][ by Vymmiatacz is a conversion of the infamous Curse][-UT map by Cliff Bleszinski, and really, is nothing more than that. The original map was an absolute deathmatch blast. So how is this version for Quake 3?

Obviously, the author wanted us to experience the same kind of great gameplay the map gave us in Unreal Tournament, but now in Q3. Having been a veteran Unreal player myself, I can safely say the map has been copied pretty well, compared to the original. However, we're playing Quake 3 here, and thus weapon strategies are different. The Shock-Rifle brought us memories of the so-called moving combo's, but this time is replaced by Q3's railgun and it changes the way the player thinks in the given open spaces. We also have to deal with Q3 physics here, and certain matrix-like movements, like reaching the FlakCannon upon a higher corridor, have been made impossible. A few bugs are included with bots regarding their way of using the lift. The sound of the lift moving is also not playing as it should, and is replaced by the 'hit' sound of Q3. This wasn't bothersome to me, but it is rather clumsy. It causes a console message to appear every time somebody uses the lift.

Despite a few more minor errors and a rather basic texture set used, the map can still be fun to give that deja vu feeling for all the UT-players out there and to test how Q3-gameplay meets UT, two games that were each other's rivals some years ago. It's too bad that if you have not played the original it's only half the fun, and there are better conversions of maps out there.

I'd like to see this map being redone focusing more on Q3 graphics and adjusted gameplay, instead of copying the architecture and replacing the weapons. This map could be fun for a few rounds. If you want more, installing the original UT is advised. 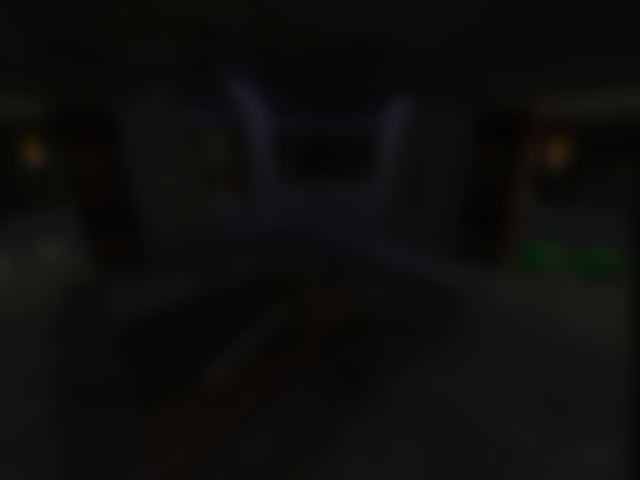