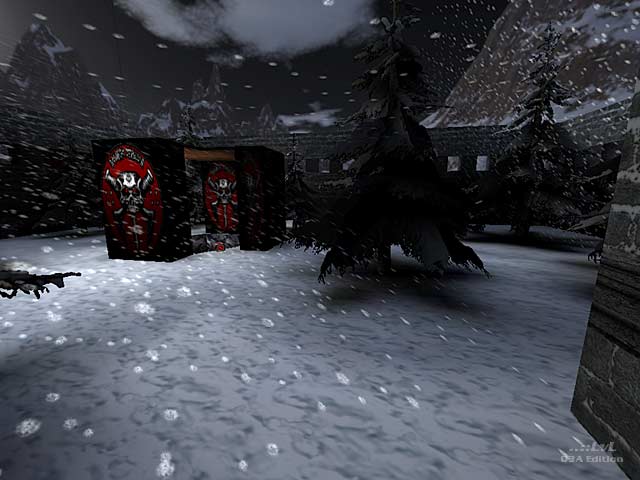 Wolfenwinter apparently is themed somewhere around the WWII time period where "The arena lords are now in control of the fortress where battles to the death are staged on a regular basis". I'm still not quite sure what "arena lords" are, but it's an interesting tag line. This map has a sort of Wolfenstien 3D feeling to it, which is obviously intentional. Having played other maps by ROODOG, I had a good feeling for what to expect when I downloaded this map. This expectation is that the map may be entertaining, but will definitely be kitschy.

The map is, basically, a box. Sure, it has buildings, and yards, but it has no third dimension to it. All battles are basically horizontal. There is a hidden alcove, a bfg that is relatively easily obtainable, as well as several odd places that act as armor and health regens, but you always seem to be running in a circle. Not particularly a good thing. Playing one on one I found myself spending too much time at one of the three regen areas. Playing with four or more the action certainly picked up and felt more rounded.

After running this map on our server for a couple of months, I've found that my main issue is that it is too barren. The buildings have nothing within, except for the weapons, and there is very little in the way of ammo around. Several of ROODOGS maps suffer from this feeling, a lack of overall depth, a feeling that they are unfinished in some way (i.e. furniture or light fixtures).

Overall the map was o.k. to play, but it won't remain in the rotation for much longer. Worth a whirl if you're bored. 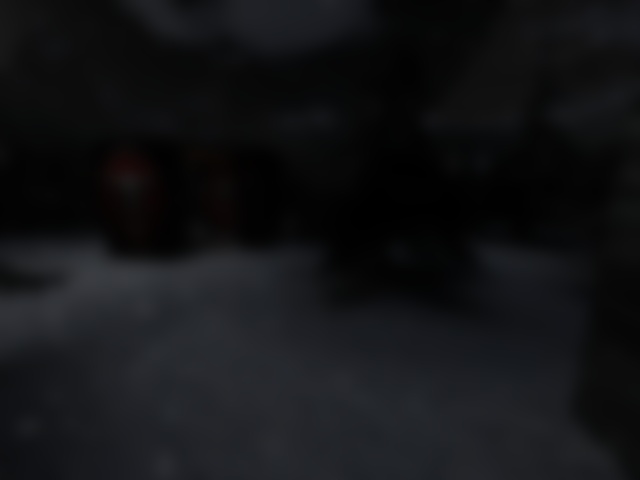