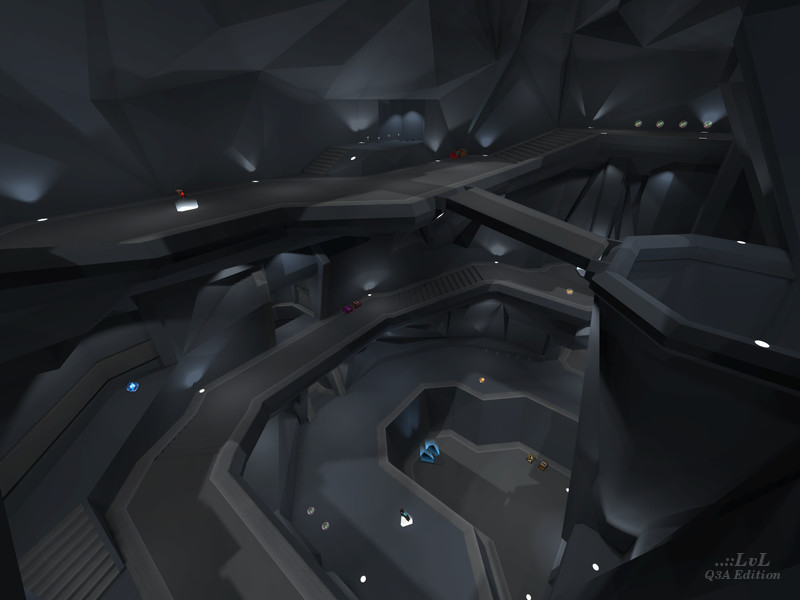 This is an excellent map and a good break from base and gothic levels. The author really did do the right thing realizing this map had potential after leaving it unfinished for three years. An abstract geometry design, this map's architecture is fabulous and just running around the map on your own to look at it is worthwhile.

Textures are very plain to make the geometry stand out - and they do just that. Lighting is very good and is not flat anywhere, though I'd love to have seen this map compiled at a lower lightmap scale for some crisp shadows.

When you see geometry like this, you often think is game play really going to be any good? This time, the answer is a definite yes.

The map consists of two vertical atria, which are linked horizontally in several places. Item placement is very good, especially weapon positioning. I think more ammo could have been added or at least more spread out than what is already there. The rail gun is fairly dominating, but its placement makes it not too available. Everyone will not be picking it up straight away and control the match with it.

Visibility from higher levels of the atria mean that being at the top of the map will not give an immensely significant advantage over being lower down in it.

Geometry, surprisingly, does not inhibit performance much at all, and low-end machines may well be able to run this map smoothly. Three to four aside team games and six player death matches were my favourite on this map, but it can be extremely fun with only four players as well.

Not downloading this map could be considered insane. It may well be a keeper for a lot of people. 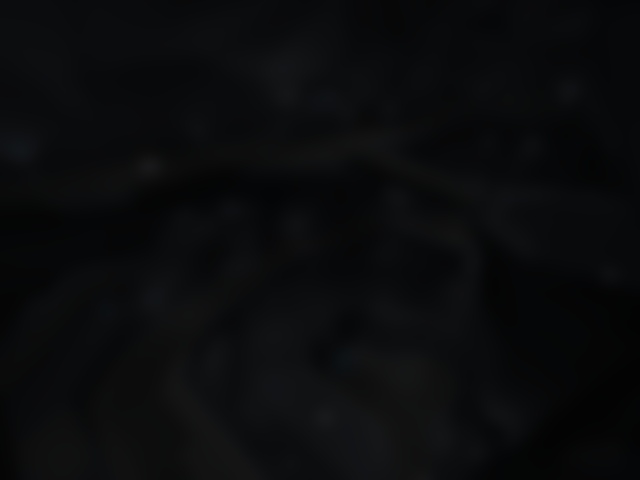