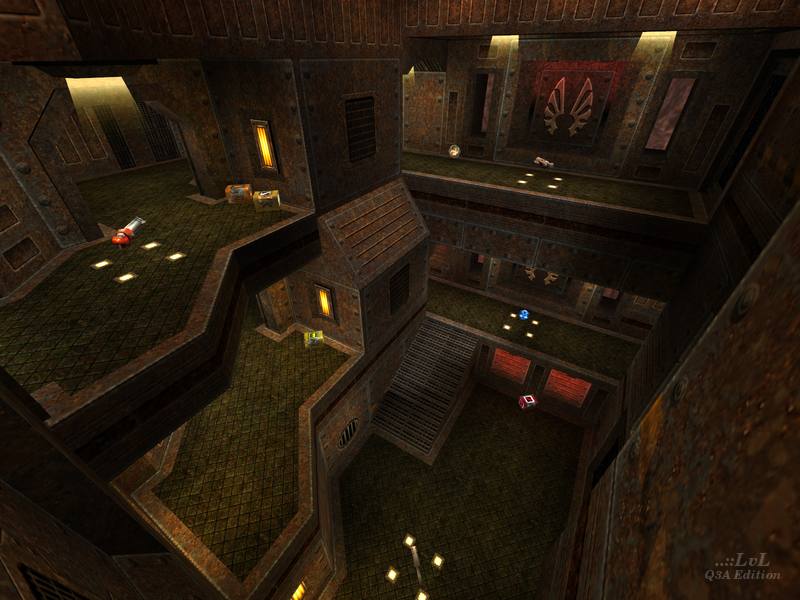 Every Quake III Arena player should recognize this level; there have been countless remakes, most of which offer a new and refreshing look. Hubster's Remix II brings you just that. The original layout remains intact, and rightfully so - there was no reason to change it.

For those of you who are new to this miracle of mapping, I'll explain the layout for you. You will fight your opponent in a small/medium-sized arena. The game-play will take place in small twists and turns that surround the main area, in which you find two teleporters, a shotgun, and the mega-health. You will probably spend most of your time running through the outer hallways, trying to catch your opponent off-guard as he/she comes through a teleporter, or as you jump through one yourself in an effort to cut your opponent off. You can find the RL, LG, GL, and red armor in these areas, along with various health orbs and armor shards. Take advantage of the grenade launcher - it'll be your best friend here. Rocket-jumpers will have no problem dominating in this arena.

Despite numerous remakes, Aerowalk has never looked as good as it does here in Lunaran's MKOXIDE texture set. The placements of the textures are near perfect, as they make the level visually appealing, but do not detract from game-play. A balance that is very important in one-on-one maps. Simon "Sock" O'Callaghan provided the skybox, and Decker & Jude made the teleporter texture/shader.

The lighting, as with the texturing, is just right, perfectly illuminated, but not overly so. There will be no problems spotting your enemy - of that I assure you.

Bots played very well on hardcore. They gave me a pretty mean fight and left me feeling good about myself after a victory. The way a game should leave the player! The only noticeable problem is that they, for the most part, will not travel through the lightning gun hallway unless tricked into it.

Bottom Line: Download this level, for it shall become your #1 version of Aerowalk! It's not difficult to understand why Preacher himself endorses this map!

Download: Aerowalk [Hubster's Remix II] by The Preacher - conversion by the Hubster 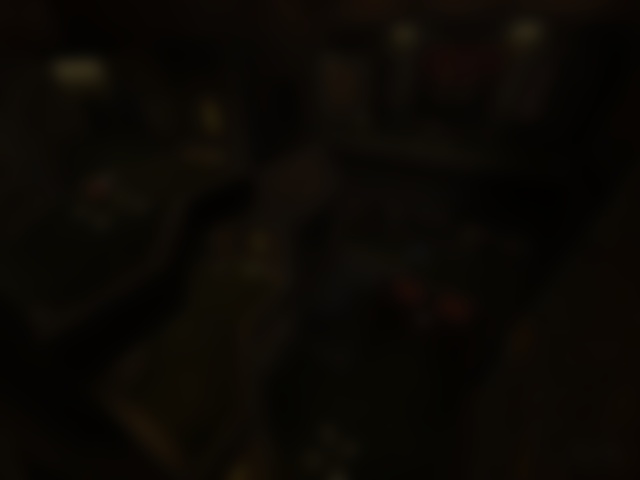