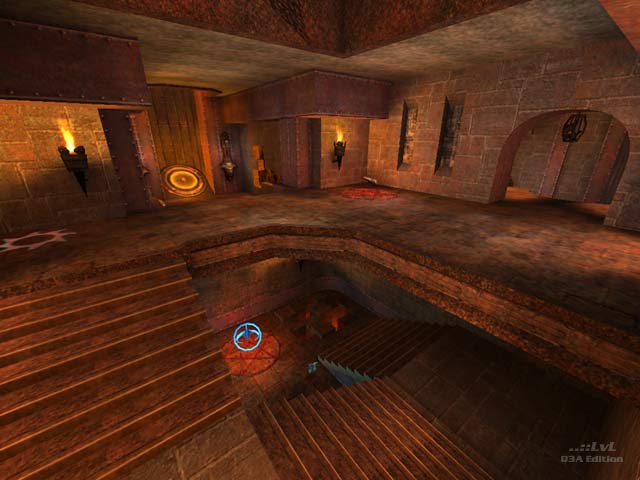 A multi-tiered free-for-all map which offers decent gameplay that should keep you occupied. Calling this a tournament map is somewhat of a stretch. Unless you like to have a quick battle, retreat and regroup, then go at it again, stick with the FFA. I felt this would've made a decent two-on-two map. While you can still cut your opponent off as he/she tries to make their escape, it takes a bit of a walk. The connectivity is not really working to speed things up.

Every weapon makes an appearance, with the exception of the BFG. Placement is fairly decent; I felt that the grenade and rocket launcher should have swapped positions. The yellow armor should not have been placed so closely to the rocket launcher. To make matters worse, the rocket launcher room has an escape route that leads down to the Quad Damage. (Armor suit rocket launcher powerful item = unbalanced advantage.)

The texturing is OK, and uses default Quake III Arena textures. The map is dominated by a single gothic stone texture that, while not spoiling the overall look, is used far too often. Adding some trim textures would've improved transition from the floor to the ceiling. I did not notice any miss-aligned textures or z-fighting errors during my inspections.

Torches found along the walls, or standing up on the floor illuminates most of the level. The ladder is a useful tool for blocking incoming fire - take advantage of these whenever possible. The lighting is the lowest point of the map. It's rather dull and fails to bring the level to life. Some more thought should have been put into the coloring of light entities. Putting the right light value in the right location can really make a level shine. (Pun intended. ;p)

The bots played well on hardcore, but I've fought better. They'll put up a good fight for the average player, but the more experienced might want to stick with humans. The only area they never traveled through was that which held the red armor.

Bottom Line: I'm going to keep this on my hard drive for now, but I don't think it will be too long before it's gone.

A gloomy, dungeon style map. Lots of lava below grates in the floor and fire shaders behind broken brick in the wall. A medium size, tri-level area well connected with 2 teleports, several drop-through-the-floor spaces and a couple jumppads. All standard weapons and quad in the basement, not much ammo, but enough health. Lots of detail on this map with use of custom models and skybox.

Bots played very well. 4 players seems about right so you're not lonely. Seems like a keeper. 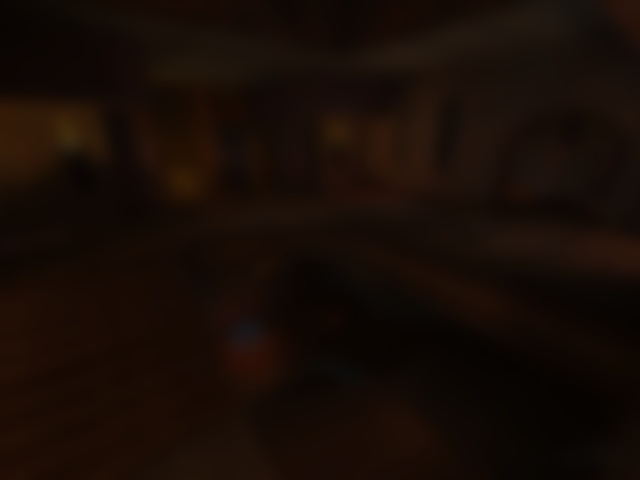