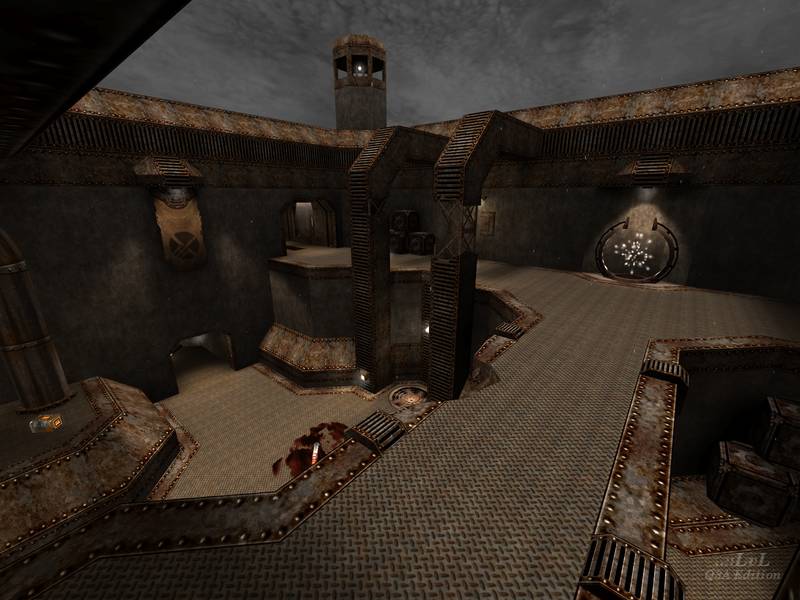 Arena 13 is ALMighty's forth Quake III Arena map release, winning the BG-COMP 1 competition. The atmosphere of the map is great, with rain and a 'tremendous skybox' (I quote from my review of Grindill 2.0, because it uses the same skybox), which surprisingly don't subordinate FPS (Frames Per Second) much. The theme of the map is that of an abandoned prisoner's fighting arena (read the text file for more information), which links well with the brushwork and textures used. The textures are very nice, some with a rusting feel, and some with blood smeared across them. The clock texture is absolutely fabulous, and the hands actually move according to real time (I can guess there were a lot of calculations done to get the right values for the rotation of the hands). The lighting is good, and the use of flares and light beams on the light textures worked well with the theme of the map.

Game play is good, but the item placement hinders it somewhat. I felt that the item placement was rather sparse considering the size of the map. Although the author intended the map for us in DM only, I found it rather fun with a four versus four TDM as well. You need a good eight players to make the map worthwhile anyway. Bot play was quite a downhill on this map. They had a severe inclination for the rail gun and rocket launcher, and often travelled through the teleporters linking those two areas together numerous times in the match. They only really used other parts of the map when they spawned there.

Overall a pretty good map, maybe a keeper for some people. Download it anyway to take in the incredible effects and see what you think of the game play.

Update: The download has been updated to version 2. The new version has the following list of changes. Rebuilt quad-room completely, changed item placement, improved lighting, rain is now particles, new teleporters, cog-boxes are now rusty-brown, and lots of other small improvements. (24.Feb.2005)

Update (2): The original BG Comp page has been removed from the Burial Ground website, so the link from here has also been removed. (18.Nov.2007) 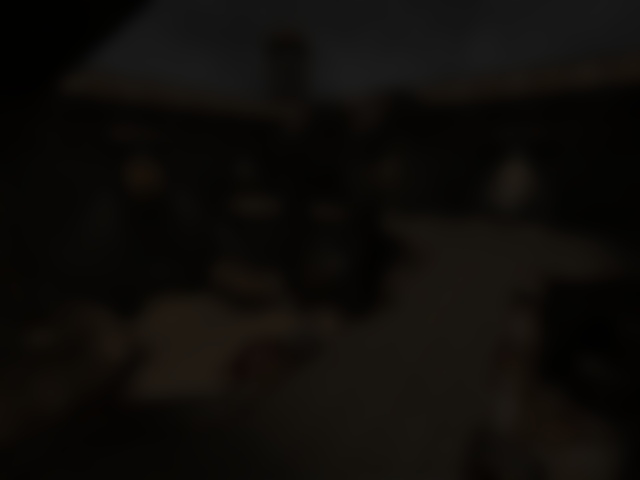