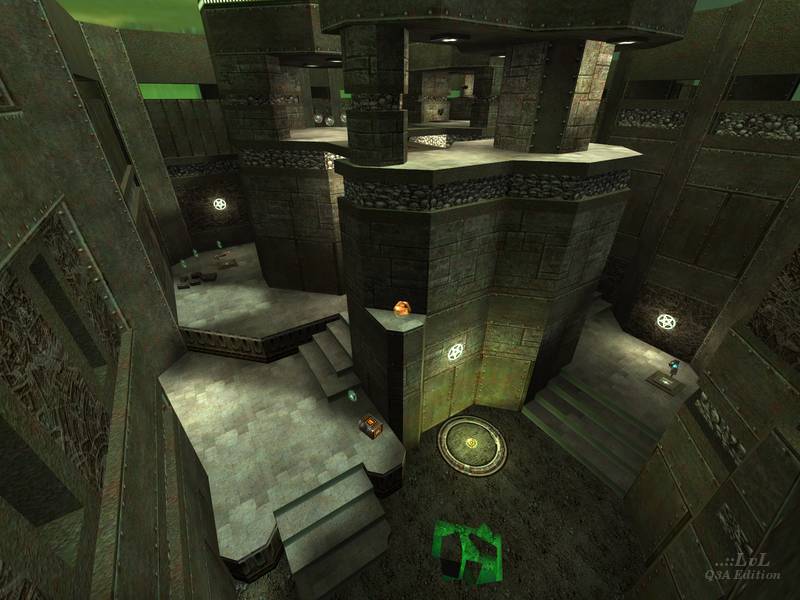 This is a single arena area constructed on two levels. The key to owning this map is control of the upper platform, where the RG and GL are to be found. The rest of the weapons are down below, and health is at a premium, though there is an RA near the Major statue.

The map is mostly textured in id vanilla textures, with a lurid alien world skybox casting a greenish light over everything. Botplay is not bad, but they tend to stay down below (Anarki is the recommended bot for this level) and make fairly easy prey. They don't understand the vertical bouncepad, but make liberal use of the teleporter and occasional use of the bouncepads to the upper area.

A solid, fast-paced map, and good for a few head-to-heads, though a 4-player FFA is fun too.

Saint Tourney 1 is another great release by Kaziganthe. The map has a nice atmosphere created by the excellent rust-like textures and the skybox. Some ambient sounds would have been good as an addition to the atmosphere, but it is likely that the author has not included sounds because hearing the enemy is very important whilst playing a 1v1 match.

The map has brilliant game play made by the usage of one big area separated by columns that have the highest layer of the map on them. This creates the all-important game play element of tournament matches: surprise.

Item placement is fabulous, with the rail gun and grenade launcher located on the highest layer of the map for sniper and blanketing attacks, whilst there is a nice amount of health and armour to replenish the durability of a player.

The map is designed for tournament matches but, small death matches (with no more than four players) can also be fun. The structure and lightning of the map is also nice, and has been implemented into the old rusting theme of the map. Bot play on the map is fine and the bots use the whole map, but the map is much more enjoyable with human opponents.

I'm not a great fan of tournament games on Quake 3 Arena, but this is not a map to miss out on. 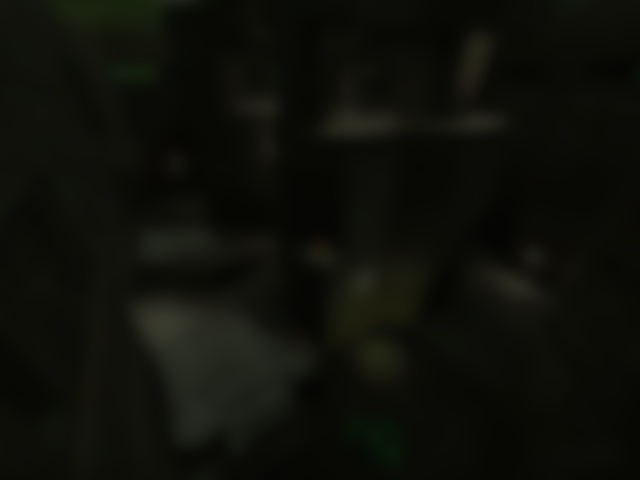