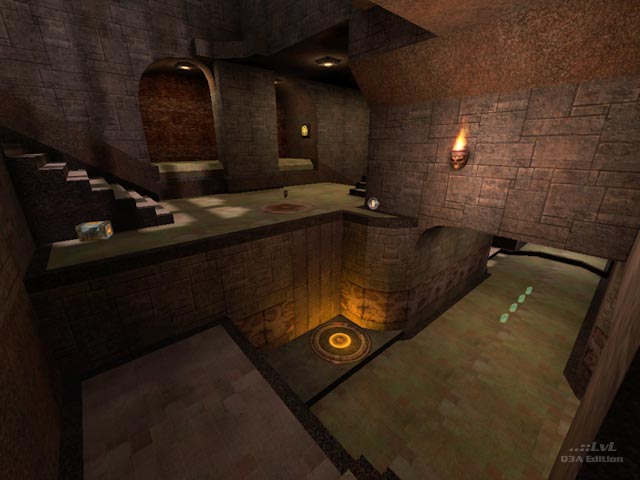 Dim_Walker used a gothic castle theme with plenty of stairways and ledges leading to many split level rooms and hallways for Goth Mit Uns. Getting to some high ground and rounded off corners allows you to bounce grenades in multiple directions from a single location. There are several sniper locations where the Railgun would have been useful, had it been available, but all the weapons are spread out and work well in the map's architecture. The one red armor, two yellow armor, various rows of armor shards and health are evenly distributed around the map.

I like the look of the one-way blue teleporters and the fact that all the weapons have a distinguishing floor texture at their respawn locations. That can be handy for a lot of players. The two carved-out floor areas with shallow water are done well. There is good traffic flow all over the map but the bots all head for the second Grenade Launcher below the red armor. Even playing on Nightmare skill level, a player can guard the Rocket Launcher at the top of the stairs from this second Grenade Launcher room and pick off bots two at a time as they arc through the air from off of the jump pad below. I do like that there is an additional way into the Rocket room via teleporter so a human player can frag any potential campers in there.

Goth Mit Uns is a good map for 2-4 human DM/T players or SinglePlayer with 4-8 bots. 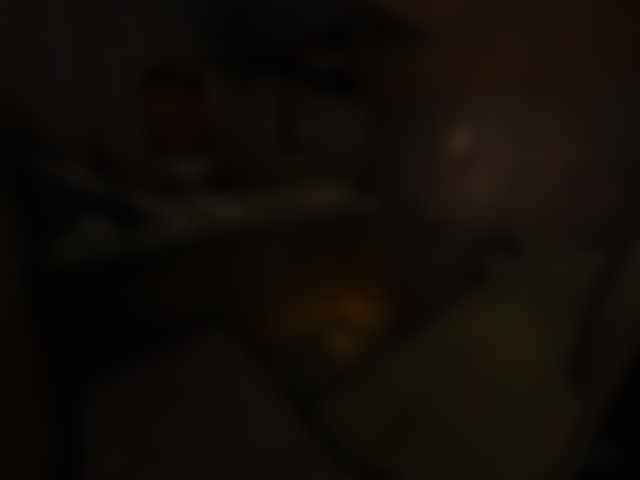