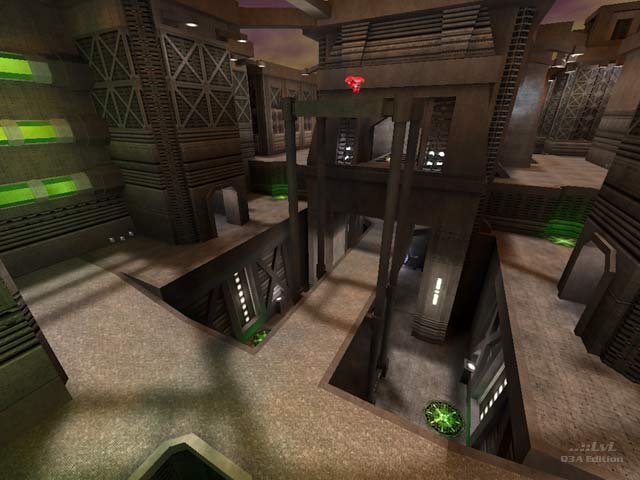 Not knowing what Ignalina might be, I did a short search before writing this and the closest I could find was that it's a town in Lithuanian with a controversial Chernobyl-like nuclear power plant. Can't really see where this might relate, other then that we might be inside that behemoth building, especially with all the green fluid in the walls and the ambient noises that are included.

The map is large and spacious, mostly in the vertical direction. Everything seems to be in place aesthetically speaking with several jump pads that launch you, for what seems like miles, to and from the second and third floor areas. There are sub "floors" above and below allowing for a multitude of places to hide/run to/camp/whatever. Having played the map with five other humans though, I found the scarcity of weaponry and items, in general, to be a little disappointing. Players seemed to end up at one end of the map where the Rail and RL oppose each other on sides of the map. The rail is the best choice here though as there is just so much room to move and shots to make both vertically and horizontally. When I played the level with eight bots though, things picked up very well and the gameplay felt more rounded.

All in all a decent map, definitely playable, but make sure you have at least 8 opponents or you'll be spending some time looking for someone to frag. 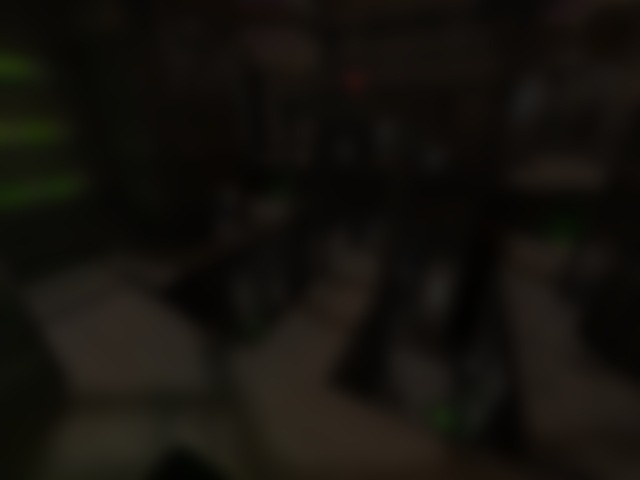