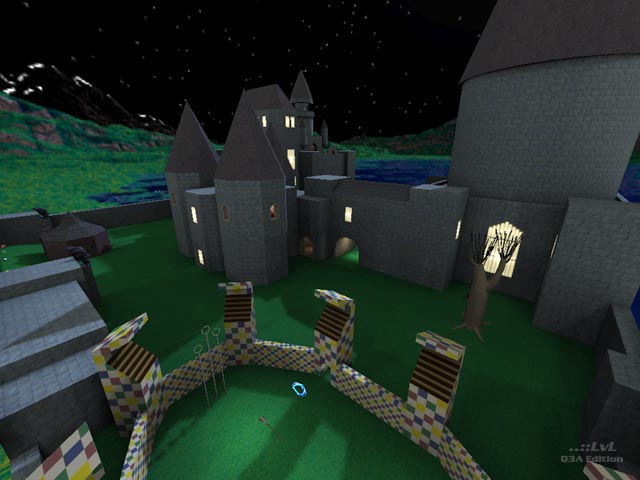 I've been waiting a long time for a Hogwarts map (although I never wanted to make one myself). But I am rather disappointed with this one. If you like gimmick maps, then this one's for you; it has got all the Hogwarts details that could fit into a map, from moving stairs and a Quidditch pitch to the Philosopher's Stone area (I like the flying brooms there and on the Quidditch pitch) and Hogsmead. But it doesn't have much else. Lighting is alright, but really makes the map look the same sort of brightness all round. Textures are poor, and because the map is so big you see the same textures time and time again. There is not really any super detailed architecture, but the frame rate is very low all around. Its as if the author has done little to no vis blocking and FPS saving (a big fight outside of the castle rapidly depletes FPS). Game play is not top notch; there are many dead ends and the item placement is varied, low in some places, high in others (the Gryffindor common room has two power-ups separated by two doors and a walkway). Bot support is OK, but bots tend to use the outside more. There are a lot of places they don't go (Hogsmead is a dormant ammo depot; I never saw one bot enter it). The map is huge, so you'll need around ten players to get a nice fight. I think the size of the map also contributes to the low FPS (but it needn't do with some good vis blocking).

A keeper, no. A good imaginative gimmick map, yes.

Tigs Notes: About the vis blocking issue; A r_showtris 1 command shows that the level has not been through a full vis compile. I suspect this is because a full compile was taking too long. Technically, the level should have been rejected because of this. (hint: The use of detail brushes would have made the compile time bearable) 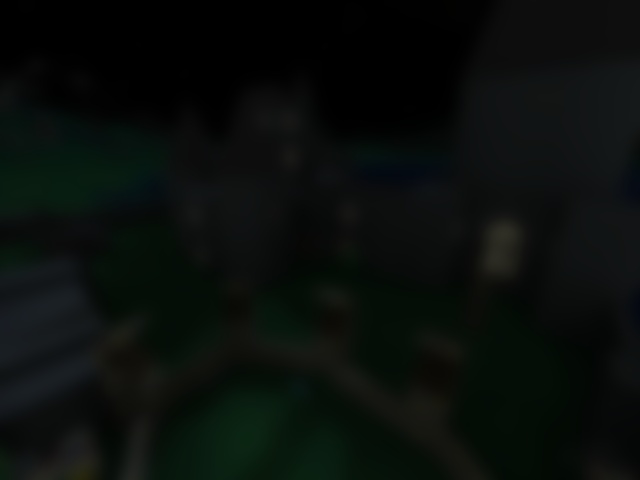