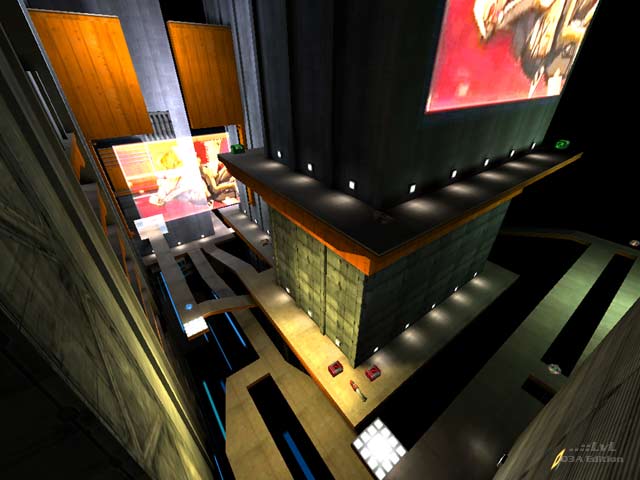 This map by ydnar has a top-of-the-city theme styled in a Neo-Tokyo anime look; however, the theme is not very well developed. It primarily relies on just a few (albeit cool) special effects and large movie screens. The central area has the best implementation of the theme, whereas the side areas generally have few details and are poorly lit.

Navigation can be a hindrance due to the lack of clipping and the aforementioned poor lighting. The map is mostly made up of small catwalks, and the larger platforms have holes in them. I counted four RLs, so it's pretty easy to either fall off or get knocked off into the void. The gameplay is nothing special -- there is very little depth, and the item balance is tolerable but could use some work (two shotguns are almost right next to each other). Both the red armor and the mega health are in the central area. The yellow armor is just a hop away, so the central room is almost always pretty crowded. The red armor is at the end of a long, narrow catwalk and it is pretty easy to pick off anyone who tries to make the run. The map has plenty of firepower, aside from the four rocket launchers (one of which you have to rocket jump to get to) there are two shotguns, one railgun, and one plasmagun. Bots navigate the map pretty well and use all of the areas, but they usually hang out in the central area near the red armor. It's pretty easy to camp the railgun and snipe off the bots from above while simultaneously taking out anyone who tries to remove you from said camping spot.

Although the map itself is free of technical errors, there are some problems with the .arena file. It contains an invalid filename for the map, so the levelshot does not appear in the menu system; however, it does appear properly on the loading screen. The .arena problem also prevents you from successfully loading the map from the Skirmish menu, as Quake 3 tries to load it from a non-existent directory. Consequently, you have to load the map from the console.

At 28 MB, and without exceptional gameplay, the map is only worth a look for die-hard fans of Japanese-style futuresque buildings. Even so, the filesize is rather daunting. 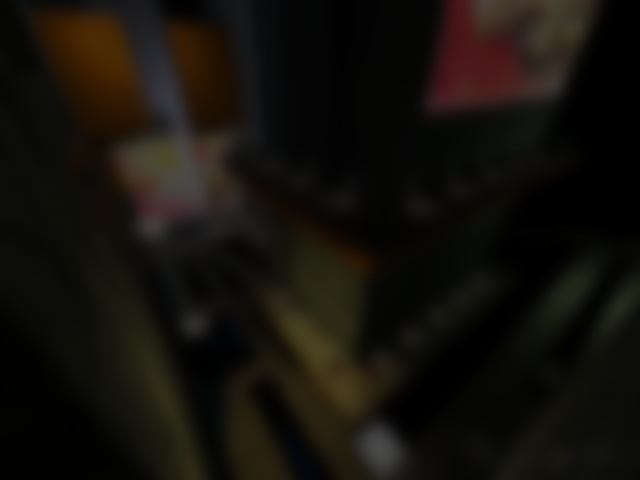